A milk quality must-do for any herd 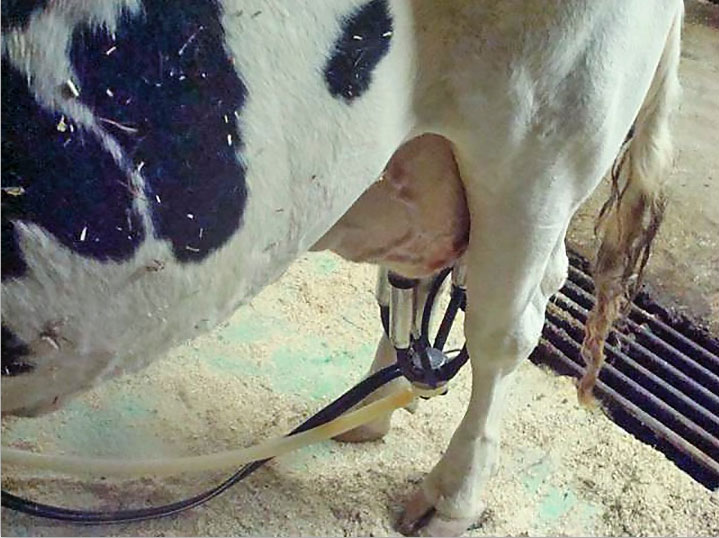 For New York dairy farmer Jim Davenport, a hoe is one of the most important tools on his dairy. It helps him maintain a 33,583 cells per milliliter (mL) average annual somatic cell count (SCC). He explained why during the March Hoard’s Dairyman webinar, “Clean cows make clean milk.”

Davenport said that even though they have appropriately sized tie stalls with properly placed trainers, they spend a fair amount of time using a hoe to scrape wet and dirty bedding out of the stalls in their tie stall barn. They bring clean, kiln-dried pine sawdust from the front of the stall to the back so that cows can lie down after milking in a clean environment.

“The key point is that a clean, dry environment is the bacteria’s enemy,” he noted.

Prior to starting his own herd in 1986, Davenport was a Dairy Herd Improvement Association (DHIA) milk testing supervisor. He learned a lot from other farmers while doing this job, and he saw a commonality between the herds that produced the highest quality milk.

“One thing that low SCC herds had in common was the cleanliness of the cows,” Davenport said.

He also reflected on a conversation he had with a friend who has a 3,000-cow dairy. This herd has outstanding milk yield and quality.

“I asked him, ‘How do you make such high-quality milk in a large freestall dairy?’” Davenport shared. “His answer was ‘stall maintenance.’”

Davenport’s herd of 70 cows is milked by himself and one other person. While they appreciate milking clean cows, he said that this is even more important on a larger farm where cows must be milked at a more rapid pace with little extra time to spend on dirty cows.

“Send the milkers cows that all they have to do is sanitize teats, wipe them off, and milk them,” said Davenport. “We should not expect them to have to clean dirty teats.”

He also said that teat dip will be most effective if teats are clean.

“Give your teat dip a clean, dry teat to sanitize. If all you ask your teat dip to do is what it’s meant to do, you will not be disappointed,” he said. “Any time to you expect your dip to be a cleanser, you are adding costs.”

Clean teats are especially important in Davenport’s mind, as he considers them to be the most important milk contact surface on the farm. That’s why clean cows are key to producing high-quality milk on farms of any size.

“It is critical to have the cleanest cows possible presented to the milker, human or robot,” Davenport said.