Don’t power through a concussion 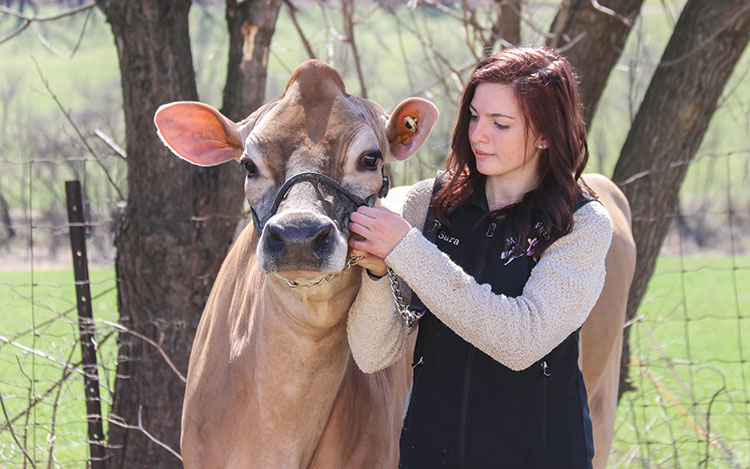 Despite multiple concussions, Sara Haag looks forward to this year’s show season. However, she must be constantly careful to avoid suffering a repeat incident.
A gifted athlete, Sara Haag played soccer, T-ball, field hockey, track, and basketball. She was a skilled player and a dedicated teammate who has loved playing sports since she was 4 years old.

Sara, 16, lives with her parents, Mike and Alicia Haag, and brother Cody, 14, in Mohrsville, Pa. They operate a 76-cow dairy in Berks County.

In February 2016, Sara blacked out on the basketball court after being knocked down during play — but she didn’t tell her mother until the car ride home. Diagnosed with a concussion, she was cleared to play youth basketball again in November.

“We noticed she didn’t have her quickness back,” her mother, Alicia, said. “She excels at any sport, but she fumbled at times with hand-eye coordination and when trying to catch a ball.”

A concussion is defined as “a stunning, damaging, or shattering effect from a hard blow; a jarring injury of the brain resulting in disturbance of cerebral function.”

According to information from the U.S. Department of Health and Human Services and the Centers for Disease Control and Prevention, all concussions are serious, and most occur without loss of consciousness. They may range from mild to severe, but all are traumatic brain injuries.

When someone receives a blow to their head or the head is shaken violently, as in a car accident, the brain can hit against the skull. This tears the blood vessels, causing swelling and damage to the brain tissue.

Sports, where collisions are common, provide the greatest potential for concussions. Statistics show there are between 1.7 million and 3 million concussions in the United States each year related to sports and recreational activities. Many more occur in other situations, such as falls or car accidents.

Regardless of how it happens, a concussion is a brain injury that requires rest and time to heal.

Fast-forward to October 2020, when Sara was at field hockey practice. Trying to stop a high ball with her stick, the ball struck her head above her right eye.

“Like a true farm girl, she tried to work through it,” Alicia said. Five days later, they met with a concussion specialist, and for the next two to three weeks, Sara suffered terrible headaches.

Physical and occupational therapy twice a week followed. Between school and therapy, by the end of the day, Sara was simply exhausted.

Still, her love for the farm and her cows never wavered. She has always loved fitting and showing her Holsteins and traveling to dairy shows. The next month, she traveled to Louisville, Ky., for the North American International Livestock Exposition (NAILE), even though her headaches continued. At that event, Sara helped with a show string and even showed her own cattle.

Once she returned to Pennsylvania, however, her therapist noticed her eyes were not responding as well as they had previously, and one eye was not focusing. Sara confessed that on show morning at NAILE, her cow had thrown her back against a ventilation cage and she struck her head. However, this farm girl was determined to walk on the green shavings and toughed it out the rest of the week.

With heightened concern due to the circumstances from that event, Sara’s therapist recommended a trip to the emergency room to check for a brain bleed. For a month, her barn activities were limited, and she couldn’t even help with the milkings.

Back to the beginning

“We were back to square one with another concussion and had to slowly start all over again,” Alicia said.

After more rest, more physical and vision therapies . . . as many as four sessions a week during January . . . Sara is back to working on the farm. She rises early to help feed calves and show heifers, and helps at night milkings when her mother is working off the farm.

“She still has to watch herself here on the farm,” her mother said. “We try not to let her handle the fresh heifers because she does not always acknowledge that she is hurt — she is very tough.”

Sara agreed that milking in the family’s tie stall barn can be hard. “I’m slower and more patient with the cows, and watch that I don’t get squeezed between two cows,” she said. In fact, being squeezed between cows while hanging a milker resulted in a shoulder injury and a sling at the beginning of the year.

Feeling behind in her schoolwork has been one result from the concussion that has been frustrating, Sara acknowledged. She was accepted into the high school’s vo-tech program in sports medicine and rehabilitation therapy, and ironically is familiar with much of the subject matter.

“Sara actually studied about concussions through the tech program, and I think that helped her to see that she was not the only one with these symptoms and that she could heal from them as long as she took precautions,” her mother said.

Sara said as an athlete who has experienced multiple concussions, she would tell others who had concussions “not to give up, but realize how serious an injury it is.” Athletes who have experienced one concussion are at a greater risk for another.

Sara has been able to connect with a teacher at her vo-tech program who understands concussions and has made the year easier for her. Also serving as an athletic trainer, this teacher was very experienced with concussions and would keep an eye on Sara, encouraging her to lie down when she had headaches during class.

“She also gave her assignments that were low stress, did not give her a lot of homework, and supported her with the other teachers so Sara could keep up,” Alicia added.

A longer road for youth

Young children and teens are more likely to get a concussion and take longer to recover than adults. A repeat concussion that occurs before the brain recovers from the first — usually within a short period of time (hours, days, or weeks) — can slow recovery or raise the likelihood of having long-term problems.

Sara has always loved to clip and show animals and has helped other youth learn these skills. She has continued to invite others to the farm to teach them what she has learned. As this year’s show season begins to look promising, Sara is hoping to resume her showing and clipping as time and her health allow.

And as Sara looks toward the distant future, she hopes to work in pediatric physical therapy. Her mother believes all the time spent with physicians, therapists, and specialists helped determine this path.

“I know, though, that all things work for the glory of God, and her choosing to work in pediatric therapy was because of her different therapy through the years,” Alicia said.

A legacy lives on
Features
Related to:
features, farmlife
In Features

My cows’ teats are cleaner than your hands
By Andrea Stoltzfus 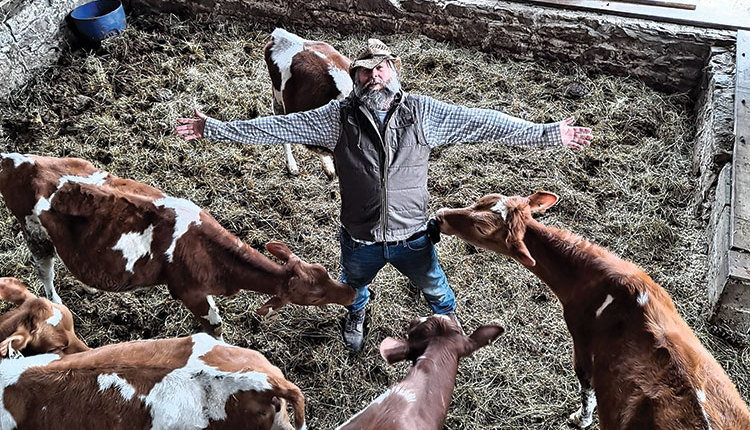 Features
The world opened before their eyes
comments powered by Disqus