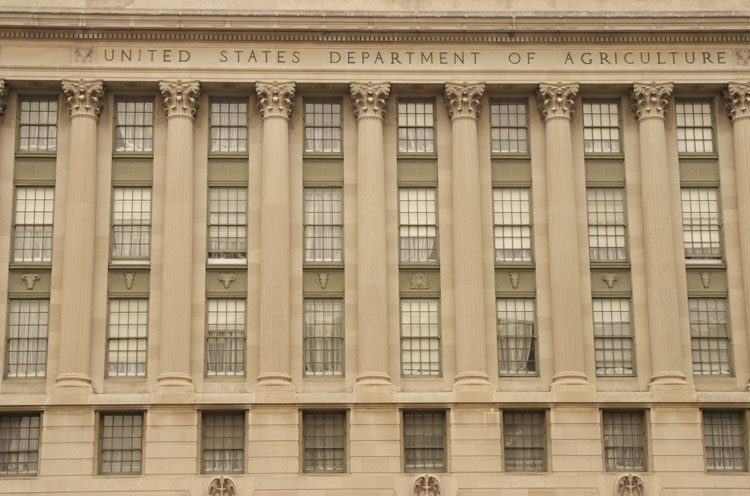 Three weeks ago, the National Milk Producers Federation (NMPF) announced it will seek an emergency USDA hearing on reform to the Class I price mover. What many people have since been wondering is how an “emergency hearing” differs from standard federal order rulemaking procedures.

“Since the last time I joined you, we have gotten a lot of questions on what that means,” shared Erin Taylor of USDA’s Agricultural Marketing Service on the May 5 Hoard’s Dairyman DairyLivestream. On the April 7 DairyLivestream, she had outlined the steps involved in the standard hearing process. You can read about that process here.

Emergency conditions
In the emergency proposal package, Taylor described that proponents must address what conditions exist that merit bypassing normal procedures. “Under normal circumstances, we like to give about 30 days’ notice to the industry that we’re going to hold a hearing. The statute says that we have to provide 15 days’ notice, or if it’s an emergency, at least three days’ notice,” she said in reference to the Agricultural Marketing Agreement Act that provides for federal orders.

If USDA decides to hold an emergency hearing, it largely follows the same process as in normal circumstances, plus witnesses may also testify about the conditions that warrant emergency action. And if the department agrees that emergency conditions exist, a tentative final decision will be issued instead of a recommended decision, as would be in normal times.

“So, if producers approve the proposed amendments in the tentative final decision, we issue them on an interim basis,” she explained. “Then we’ll come back and consider the comments received and issue a final decision. Then there is a second vote. So, at that time, producers end up voting on the same amendments if there are no changes, or if USDA finds cause to make changes based on comments received, they would vote on those new changes.”

Taylor estimated that, in general, using a tentative final decision cuts out four to five months in the process of an amendment going from being proposed to implemented.

Precedent
“As I’ve explained before, the formal rulemaking process is designed to maximize transparency and participation. Any steps taken to alter that public participation process are not considered lightly,” Taylor cautioned. “Just coming to USDA and asking the secretary to issue a rule on an expedited basis is not adequate. They have to put evidence on the record to support that position.”

However, proponents have successfully argued for emergency conditions in the past. Taylor noted that was the case in multiple situations on a national series of hearings on pooling in the 2000s. Most recently, emergency action was granted when Hurricane Irma decimated dairy farms and life all across Florida in September 2017. The final amendment adopted a temporary assessment on Class I milk to be disbursed to handlers and producers.

On that topic, the USDA secretary actually moved straight to a final decision and there was just one vote, Taylor said. “But in this proceeding, it was less than a day, there was no opposition, and the industry was in consensus on the changes they were seeking approval of from the department, so moving to a final decision was found warranted,” she explained. From receiving the proposal to implementation took about seven months in that issue.

As of the DairyLivestream on May 5, USDA had not yet received the Class I mover proposal from NMPF, though they are expecting to at some point, Taylor said. And as for proving emergency conditions, there is no question that a pandemic certainly helps make the case.

An ongoing series of events
The next broadcast of DairyLivestream will be on Wednesday, May 19 at 11 a.m. CDT. Each episode is designed for panelists to answer over 30 minutes of audience questions. If you haven’t joined a DairyLivestream broadcast yet, register here. Registering once registers you for all future events.