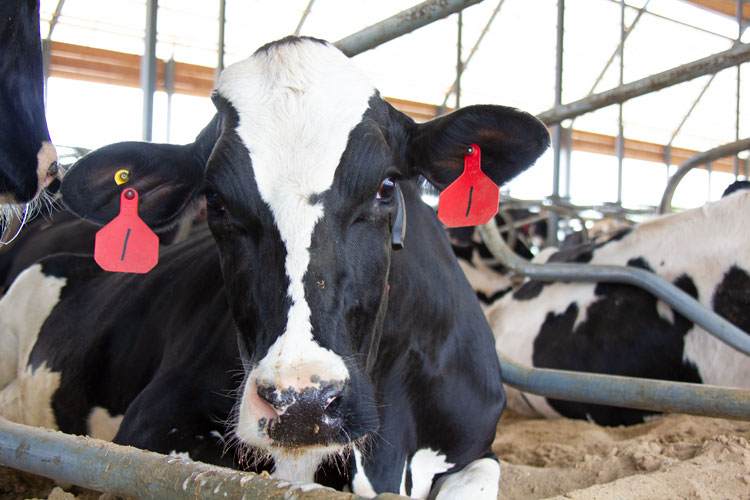 Inflammation is often associated with the symptoms of swelling, pain, redness, and fever. These signs are frequently caused by an infection or tissue damage.

During the Tri-State Dairy Nutrition Conference, Michigan State University’s Barry Bradford indicated that in addition to the acute causes of inflammation, humans and animals can also experience less noticeable chronic inflammation. While there may be no outward signs, this type of inflammation creates slightly elevated inflammatory mediators that can have a big impact on other signals in the body.

He spoke specifically about the systemic inflammation that is common in postpartum cows. Although excessive inflammation is bad, he shared the results of a University of Guelph study that revealed why some inflammation at calving is positive.

To combat the slight elevation in body temperature and reduction in feed intake typical at calving, cows in the study were administered Banamine, an anti-inflammatory medicine, at two and 24 hours after calving. More than 1,300 cows were in the study.

This treatment did not ease the problems often associated with calving. Instead, the risk of a retained placenta was 2.5-fold greater in treated cows, and metritis cases were 50% higher. Rather than preventing these common postpartum issues, Bradford said it appears that blocking inflammation on the day of calving can interfere with the inflammatory signals needed to give birth and expel the placenta.

“We know, with a potent anti-inflammatory drug, that we can disrupt the calving process,” Bradford said, “which is indirect evidence that yes, inflammation is essential during the birthing process.” He said that human literature shows good evidence of this, too.

He shared that inflammatory signals also stimulate muscle contractions. So, some inflammation is necessary, but he emphasized that doesn’t mean it’s all good.

“Inflammation is needed to drive the birthing process, and we also think it’s important for aiding in the metabolic adaptation to lactation — but it can’t get out of hand,” Bradford explained. “We know very clearly from lots of controlled and observational studies that too much inflammation ends up screwing up the appetite and also causes very dramatic changes in metabolism that aren’t going to support milk production.”

The key is discovering the balance between healthy and excessive inflammation.

“There’s a tightrope act here. We don’t want to hit inflammation with a hammer, but keeping it somewhat under control would be wise,” Bradford summarized.