What does inflation mean for milk prices?

The author is an editor at The Dairy & Food Market Analyst.

The average cost to produce milk has climbed substantially so far this year. In our conversations, we have been hard-pressed to find anything — services or products — that are cheaper this year than they were at this time in 2020.

Based on our straw poll of producers, average wages are up 10% to 15% on U.S. dairy farms compared to levels a year-ago. The costs of parts has jumped by 20% or more and fuel prices are still trending higher, after already climbing by more than 35%. While the Federal Reserve debates inflation, it’s clear it has already arrived at dairy farms.

And I haven’t yet mentioned feed costs. In the first four months of 2021, corn prices rose by 32% year-over-year and soybean prices jumped by 48% versus 2020 levels. Based on my estimates, total feed costs were more than $2 per hundredweight (cwt.) higher January through April than in the same period in 2020.

The January to April analysis of USDA data understates the recent reality — the grain price increases became especially dramatic in May. Early in the month, July corn futures prices surged and topped out at $7.31 per bushel. July soybean meal futures reached $457 per ton. Had those prices held, national feed costs would have totaled $6 per hundredweight more than a year earlier. Put differently, if the average Class III break-even cost was $15.50 per cwt. just a year ago, then at those “peak” feed costs, breakevens would have reached $21.50 per cwt.

Milk prices — current and projected — are not high enough to support that kind of industry cost structure. To find a comparably extreme time period, one would have to go back to 2013 — when dairy farms were going out of business and national cow numbers were contracting.

In recent weeks, prices of concentrates have pulled back substantially from those May extremes. However, even with the pullback, there’s still plenty of feed-cost inflation. Based on futures, July feed costs are up more than $3 per cwt. from a year earlier. Add in higher input costs for just about everything else and it means average Class III break-even prices this summer will hover around $18.75 per cwt. For perspective, if feed prices were to retreat further, say corn to $4 per bushel and soybean meal prices to $350 per ton, then we’re talking about average breakevens near $17.25.

It’s been a while since dairy market pundits have been so focused on feed costs. That’s largely because volatility of corn and soybean prices has been subdued for the last half-decade. In 90% of the months between 2015 and 2020, feed costs were within a $1.50 per cwt. range.

How will an $18.75 breakeven slow the U.S. milk supply? So far, dairy margins have not been overly disruptive for feed-buying milk producers in cheese-heavy regions. Given recent milk prices, the average producer in those areas is now close to break-even levels. On the other hand, the lowest-cost dairies are still plainly in the black. This is why new dairies are being built in states like South Dakota, Texas, and Wisconsin.

But it is a different story in regions with dairy economies built around milk powder and butter. There, producers also tend to buy most of their feed, and margins have been very negative. While national milk prices averaged $17.60 per cwt. in the first four months of the year, milk prices were much lower in Class IV states.

For example, milk prices in Kansas averaged $2 less than the national average and totaled just $15.60 per cwt. In Arizona, the All-Milk price was only $15.78 per cwt. In New Mexico, which was also negatively impacted by the energy shortage in February, milk prices averaged just $15.15 per cwt. January through April.

Typically, it takes about six consecutive months of negative margins to slow the growth of national milk supplies. In my estimation, average national margins turned negative beginning in January 2021. If I’m correct in that observation, that means we should see the first inkling of a slowdown in growth beginning later this month. Granted, the growth in the Midwest will continue to partially offset slowdowns elsewhere. Because there is a half-year delay between negative farm-level margins and slower milk growth, it’s not a huge surprise that national output was still trending significantly higher in April and grew by 3.3% year-over-year.

The financial losses are becoming more severe for those feed-buying producers who are receiving milk prices that are below the national average. Most recently, that’s been producers in Class IV regions. The first place where we expect to notice less growth is in California.

Milk prices do not always move in lock-step with feed costs. Instead, what we see in the data is that dairy markets tend to bottom at much higher levels during periods of historically elevated feed costs.

For example, the last time feed costs were close to current levels was between 2011 and 2013. During that time frame, corn prices were between $5.50 and $7.50 per bushel; cheese prices reached a low of $1.41 per pound, and dry whey prices bottomed at 40 cents per pound. Those market bottoms were higher than the lows experienced during the last half-decade (cheese at $1.30 per pound and dry whey at 25 cents per pound) when corn was between $3 and $4 per bushel.

The dairy market tops also tend to occur on delay. When nonfat dry milk prices peaked at $2.09 per pound in February 2014, it happened after corn prices had already dropped from a high of $6.97 per pound in April 2013 to $4.35 that next February. The butter price was even further delayed and didn’t peak until September 2014.

In a commodity business, inflation is usually good news and means higher revenues. However, as with most things in dairy, it’s a bit more complicated. Higher feed costs will translate into healthy milk prices, but it takes time — more time than most expect. 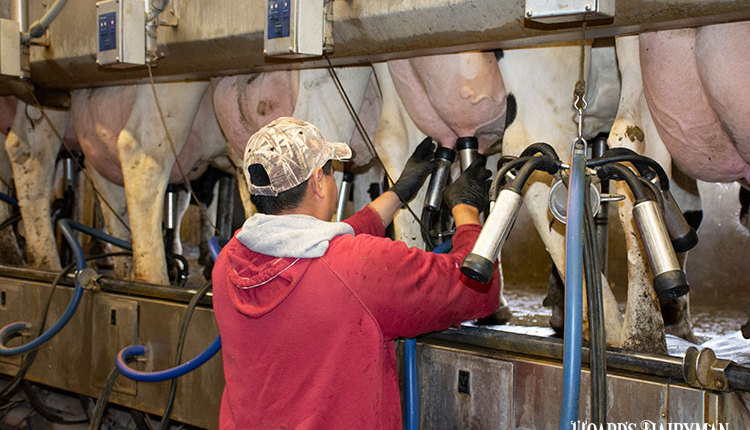