Have we seen the last of negative PPDs? 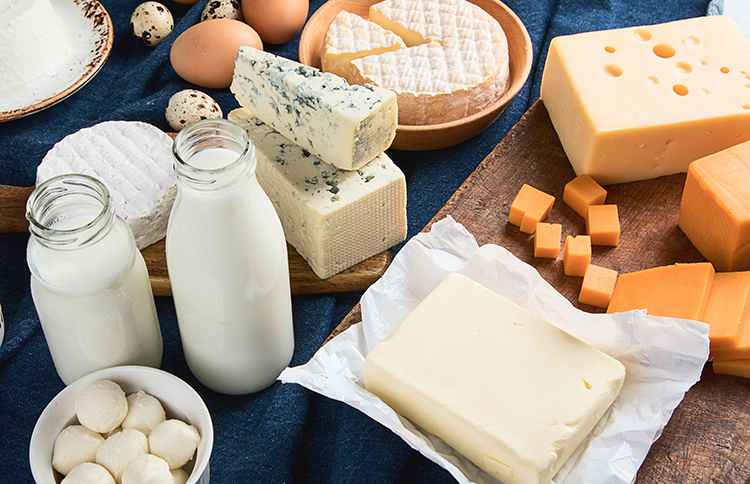 Unprecedented large negative producer price differentials (PPDs) have bedeviled dairy producer’s milk checks over the past year. These have encouraged quite a bit of depooling of milk on the part of cheese plants and made milk payments to producers less transparent than before.

The negative PPDs have a few root causes but the most prominent have been months when prices have been rapidly rising, and a persistently large gap between Class III and IV price. Hopefully, we’ll be able to forgive 2020 for these circumstances, and there are signs that some of those problems are already going away.

The settlement check for May milk production landed in mailboxes in mid-June. For many producers there was still a large negative PPD and continued depooling. But, futures markets are expecting more stable prices in the months ahead and the gap between Class III and IV is expected to be very small by the end of the year. If these conditions hold, then I think we have seen the last of the negative PPDs for the foreseeable future.

That’s the good news . . . the bad news is that much of the closed gap between the manufacturing milk prices has occurred because cheese prices have softened. In my opinion, this is likely to be more the norm going forward, as there has been significant cheese capacity added and even more capacity is on the way.

The added cheese on the market will drive the milk value in cheese closer to the milk value in butter/powder plants. Both cheese and skim milk powder are big users of milk protein, but U.S. markets have been clearing milk production that is excess of domestic needs with export sales of powder. That only happens because our powder prices are always competitive with other powder producers like the European Union (EU), New Zealand, and Argentina. 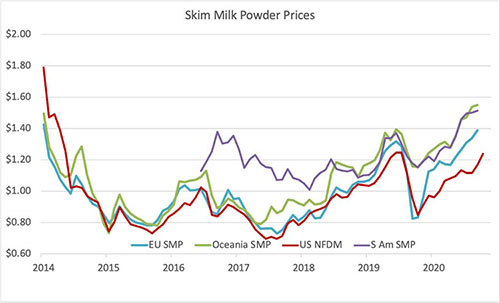 Our cheese prices are only occasionally competitive for export sales. Normally, the cheese prices can hover well above prices from the EU and New Zealand because our domestic demand is large and has been growing. But in the long run, investors have looked at cheese sales and made investment in plant capacity because returns have been better for that product. 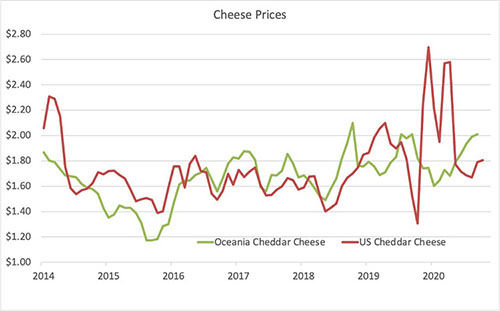 One of the implications is that cheese markets will now help to clear our markets of milk production in excess of our domestic needs. And, cheese prices will have to be closer to our export competitors.

World prices have tended to be more stable than our domestic prices for cheese. And, the value of milk in world cheese exports tends to be close to the value of milk used in butter and powder plants. The bottom line is that we can probably expect the negative PPDs of the last 12 months to be a thing of the past.