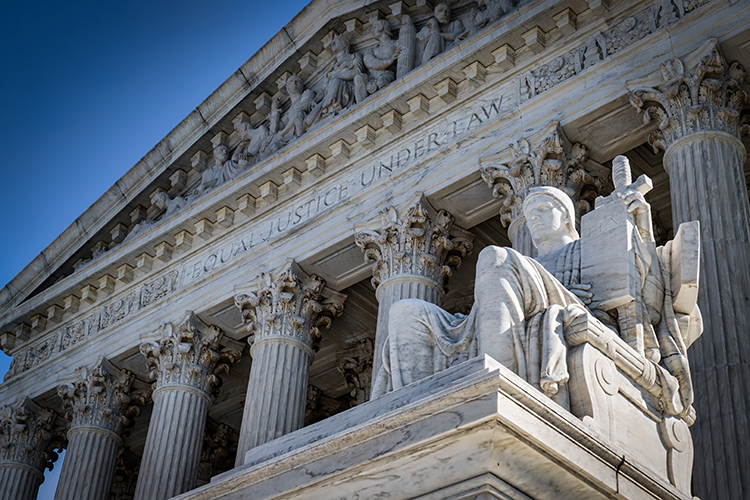 It’s a win for farmers . . . including the strawberry farmers who filed this case.

The U.S. Supreme Court ruling delivered on June 23, 2021, essentially struck down California’s 1975 regulation enforced by the state’s Agricultural Labor Relations Board. That regulation had allowed union organizers onto farm property for three hours a day for up to 120 days a year.

America’s high court significantly bolstered private property rights by reconfirming that private property shall not “be taken for public use, without just compensation.” That statement in quotes can be found in the U.S. Constitution.

On an autumn day in October 2015, the owners and managers of Cedar Point Nursery had finally had enough. And a lawsuit jointly filed by Cedar Point Nursery and Fowler Packing Company began its way through the court system and landed at the nation’s highest court six years later.

The union came to the farm

According to Supreme Court Justice John Roberts, “Opinion of the Court, delivered on June 23, 2021, the following events took place that day . . .

“Cedar Point Nursery is a strawberry grower in northern California. It employs over 400 seasonal workers and around 100 full-time workers, none of whom live on the property. According to the complaint, in October 2015, at 5 a.m. one morning, members of the United Farm Workers entered Cedar Point’s property without prior notice. The organizers moved to the nursery’s trim shed, where hundreds of workers were preparing strawberry plants. Calling through bullhorns, the organizers disturbed operations, causing some workers to join the organizers in a protest and others to leave the worksite altogether.

“Cedar Point filed a charge against the union for taking access without prior written notice. The union responded with a charge of its own, alleging that Cedar Point had committed an unfair labor practice.”

“Fowler Packing is a Fresno-based grower and shipper of table grapes and citrus,” continued the Chief Justice. “It has 1,800 to 2,500 employees in its field operations and around 500 in its packing facility. As with Cedar Point, none of Fowler’s workers live on the premises. In July 2015, organizers from the United Farm Workers attempted to take access to Fowler’s property, but the company blocked them from entering. The union filed an unfair labor practice charge against Fowler, which it later withdrew.

“Believing that the union would likely attempt to enter their property again in the near future, the growers filed suit in Federal District Court against several board members in their official capacity,” wrote Chief Justice Roberts. “The growers argued that the access regulation effected an unconstitutional per se physical taking under the Fifth and 14th Amendments by appropriating, without compensation, an easement for union organizers to enter their property. They (Cedar Point and Fowler) requested declaratory and injunctive relief prohibiting the board (California’s Agricultural Labor Relations Board) from enforcing the regulation against them.”

That began a court journey

To be candid, it wasn’t easy.

A divided panel of the Court of Appeals for the Ninth Circuit affirmed the decision.

The Ninth Circuit then denied a rehearing on the matter.

That's when the U.S. Supreme Court granted certiorari . . . a writ or order by which a higher court reviews a decision of a lower court. For the highest court the heart of the matter centered on this — “The Takings Clause of the Fifth Amendment, applicable to the States through the 14th Amendment, provides: “(N)or shall private property be taken for public use, without just compensation.”

Roberts went on to write in the June 23, 2021, ruling . . . “The Founders recognized that the protection of private property is indispensable to the promotion of individual freedom.”

As the 42-page Supreme Court document in Cedar Point Nursery ET AL. V. HASSID ET AL continued, Roberts later wrote, “Given the central importance to property ownership of the right to exclude, it comes as little surprise that the Court has long treated government-authorized physical invasions as takings requiring just compensation. The Court has often described the property interest taken as a servitude or an easement.”

“The access regulation grants labor organizations a right to invade the growers’ property. It therefore constitutes a per se physical taking.

“The judgement of the United States Court of Appeals for the Ninth Circuit is reversed, and the case is remanded for further proceedings consistent with this opinion.

It is so ordered.

That was Chief Justice Robert’s final statement on the matter.

Another Justice doubled down

Justice Brett Kavanaugh concurred and even went further with his own written statement. He wrote, “The employers contended that Congress, ‘even if it could constitutionally do so, has at no time shown any intention of destroying property rights secured by the Fifth Amendment, in protecting employees’ rights of collective bargaining under the Act. Until Congress should evidence such intention by specific legislative language, our courts should not construe the Act on such dangerous constitutional grounds.'”