Alfalfa and almonds are in a battle for water 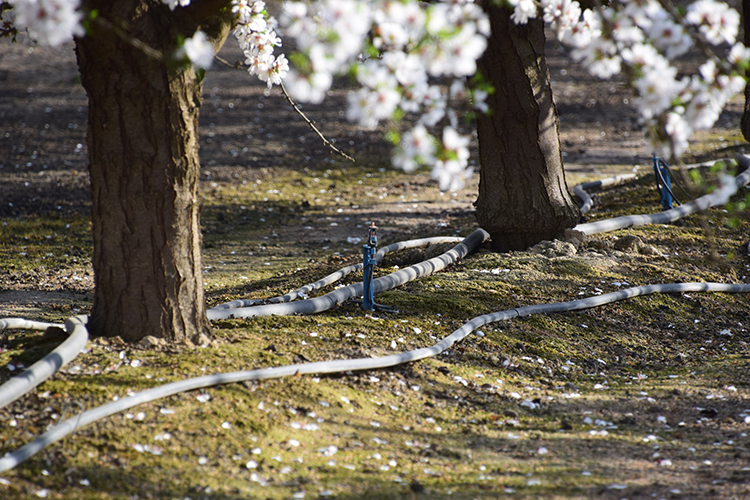 That’s the mindset these days for both California’s almond and alfalfa growers. Almonds have been on a skyward growth trajectory, largely at the expense of alfalfa. That growth in almonds appears to be crashing back to earth; however, due to drought and falling water levels in basins often filled from snowpacks from the Sierra Nevada Mountains. The situation has become so dire that farmers are turning over acres dedicated to both crops. In the case of almonds, plans to plant more acres are being dropped.

In its Tuesday, July 6 edition, The Wall Street Journal reported that pressures due to evaporating water availability could force farmers to fallow between half a million and one million acres in the state. “Crops like rice and cotton already have seen steep declines in plantings this year,” wrote Jesse Newman.

Alfalfa has been hit even harder over the years.

California accounts for roughly 80% of the world’s almond production. Just last year, Golden State growers produced a record 3.1 billion pounds of almonds from a record 1.25 million acres. Of course, business savvy farmers were chasing the good margins by planting the crop. Given the mounting water shortage, the world may have just witnessed the peak of California’s almond output.

In 2013, there were 840,000 almond-bearing acres in California compared to 830,000 acres in alfalfa production. That’s the year almond acreage surpassed alfalfa acreage for the first time, and almonds never looked back.

Why does California’s water shortage matter? Almonds and alfalfa are both thirsty crops.

“One acre of mature trees requires roughly 1.3 million gallons of water a year. That is less than rice or alfalfa, similar to other nut trees, and twice the amount of vegetables like lettuce and broccoli,” reported Jesse Newman.

As this situation evolves, California’s dairy farmers will need to look elsewhere to replace ration components previously supplied by alfalfa. One day, they will need an alternative to almond hulls, too.