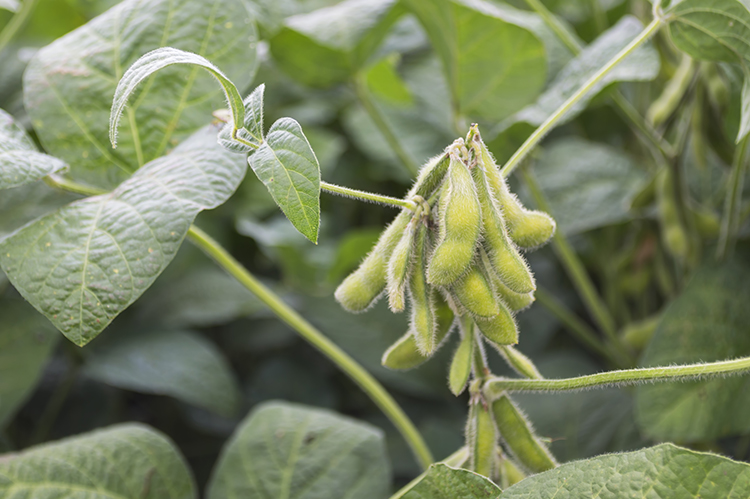 Despite widespread drought in the far west, corn and soybeans appear headed for a good crop year. That’s according to USDA’s most recent Crop Progress report on July 26. A nearly 1,000-mile work trip and roadside view that same week by yours truly matched that USDA report.

Now those farmers with crops in the western U.S. will surely share that their farms remain in severe drought conditions. Regrettably, that is true. However, as one California dairyman asked me, “How’s the weather in the Midwest?”

The long-time dairyman was asking because the weather, more specifically rainfall, directly impacts the corn and soybean crop. Both are staples in dairy cow rations, and America’s heartland is the epicenter for soybean and corn production.

Everything starts with the three big “I” states in regard to corn — Illinois, Indiana, and Iowa. Those three states accounted for 35.5% of U.S. corn production last year.

The biggest of them all, Iowa, produced corn from 12.9 million acres last year. Overall, 65% of that state’s corn crop is currently in the good and excellent category. Another 28% was rated as fair.

Illinois in nearly as important as Iowa, having netted corn grain from 11.1 million acres. As of July 26, 68% of its maize was rated as good or excellent. Rounding out the group is Indiana, with corn harvested from 5.25 million acres last year. It has the best rated corn crop of the big three thus far at 71% in the top two categories.

Soybean production is a bit more spread out regionally in the U.S. In addition to Illinois, Indiana, and Iowa, Minnesota, Missouri, and North Dakota accounted for a combined 53% of the U.S. soybean acreage last year.

Four of those states — Illinois, Indiana, Iowa, and Missouri — had 61% to 68% of its important legume crop in the good to excellent category. However, dry conditions prevailing in Minnesota and North Dakota caused only 38% and 17%, respectively, of their crops to be doing well at this important juncture. In Minnesota, 44% was rated fair, with 42% in that category in North Dakota.

With strong demand, both domestically and internationally, many farmers and traders will be closely following crop reports through the harvest season. Given the tight inventories of both crops, it’s also fair to say there will be continued volatility on the trading front until both harvests are in storage bins later this fall.