STRONG MILK OUTPUT, plentiful cream supplies, and robust dairy product inventories have bogged down domestic milk prices. As a result, both Class III and Class IV slipped nearly 70 cents during a trading window beginning on July 1 and extending to the middle of August.

CLASS III FUTURES averaged $17.65 for the September-to-December bundle of contracts, while Class IV netted $15.90 for those same months.

USDA ALSO HAD A BEARISH FORECAST for the year as it lowered its All-Milk price forecast from $18.30 in July to a $17.95 forecast in August, as was reported in the most recent World Agricultural Supply and Demand Estimates. That was driven by a 15-cent reduction in Class III prices, now forecast at $16.55, and a 25-cent downturn in Class IV.

“PROJECTED DAIRY FARM MARGINS for this year are the lowest they have been since 2018, which is expected to result in a slowdown in milk growth in the second half of the year,” stated Michael McCully. Turn to page 467 to learn more in the Milk Check Outlook column.

AT $6.24, THE MILK-TO-FEED MARGIN for the Dairy Margin Coverage (DMC) program was within 2 cents of the 2021 low set in February. That, in turn, led to a $3.26 per cwt. payout for farmers buying the maximum $9.50 coverage level in USDA’s farm bill program.

THE ONLY BRIGHT SPOT on the feed front was soybean meal, which fell by $43 to settle at $378 per ton. That set a new low for the year.

MILK PROTEIN CONTINUED TO CARRY MILK CHECKS in July at $2.50 per pound, while butterfat netted $1.91 per pound.

DAIRY EXPORTS HAVE BEEN ABSORBING more and more milk. In May, 18.8% of the total milk solids produced in the United States went to dairy consumers outside its borders. That was a new record. Year-to-date exports have accounted for 16% to 18% of milk solids in every month.

U.S. DAIRY EXPORTS have grown so much that the category is now running neck and neck with domestic fluid milk sales. Those beverage sales represented 19.5% of U.S. milk production. However, blended milkfat levels were at 2.2% when accounting for the full spectrum of skim to whole milk, which makes both categories near equal on a milk solids basis.

JUNE DAIRY EXPORT VALUE climbed 15% compared to the same month in 2020, and that sales performance marked the fifth straight month of year-over-year growth. Through the first half of 2021, dairy export sales were just 4% behind the record for the same period in 2014.

ARIZONA WILL LOSE 8% OF ITS TOTAL WATER as a major drought continues to tighten its grip in the Western states. That water reduction represented one-fifth of the water the state had been receiving from the Colorado River, reported the Associated Press. Alfalfa, corn for silage, and other crops will be hard hit and will have dairymen looking for feed. 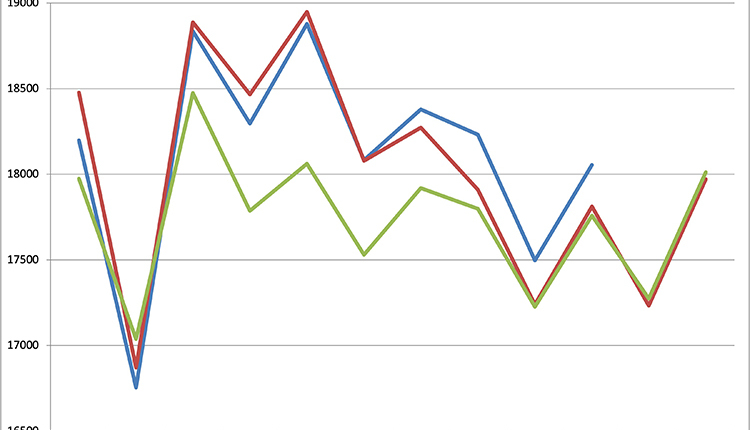