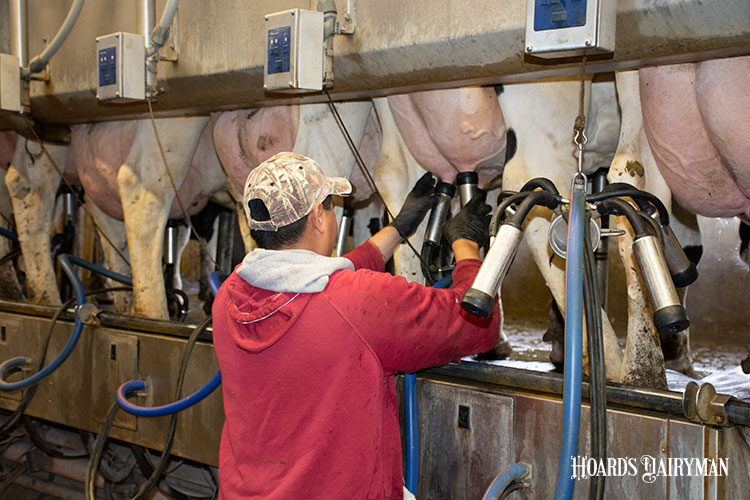 Milk varies by season in both content and quality.

That premise will soon be detailed in a paper by Cory Freije, an agricultural economist with the Upper Midwest Federal Milk Marketing Order.

“For 2020, weighted average butterfat and protein levels were the lowest in July and the highest at the end of the year, while other solids levels were lowest in January and highest in August,” wrote Freije in an early data analysis detailed in the August edition of the Upper Midwest Dairy News.

Milk quality gets better and better.

“The SCC levels on the Upper Midwest Order showed a sustained and substantial downward trend between 2008 and 2020,” continued the economist. Of course, downward is good because that indicates fewer cells warding off an infection. “The annual weighted average SCC dropped from 283,000 in 2008 to 178,000 in 2020.

“It is notable that there is a seasonal pattern of higher levels in summer, and lower levels in the fall and winter,” he wrote when discussing the seasonal trends. “Furthermore, there is a general trend of lower highs and lower lows. Seasonal high levels of SCC for 2015 and beyond are lower than the seasonal low was in 2008.”

The paper, “Analysis of Component Levels and Somatic Cell Count in Individual Herd Milk at the Farm Level – 2020” should be released shortly on the Upper Midwest Marketing Area Federal Milk Marketing Order 30 website. 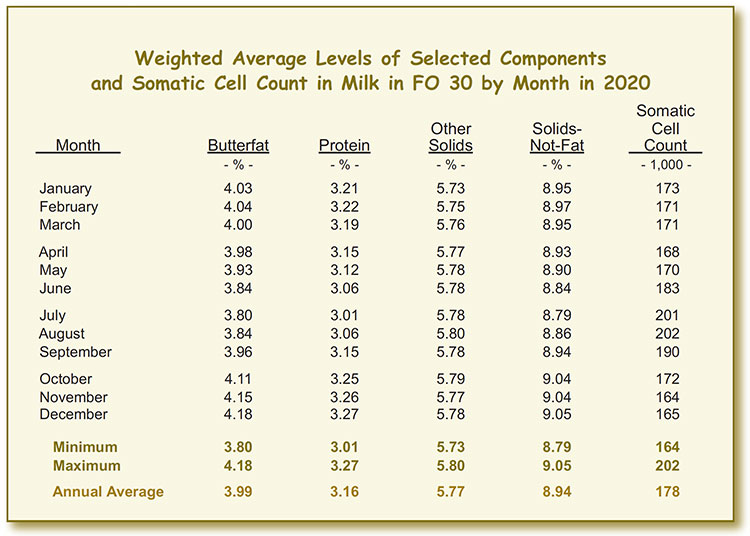