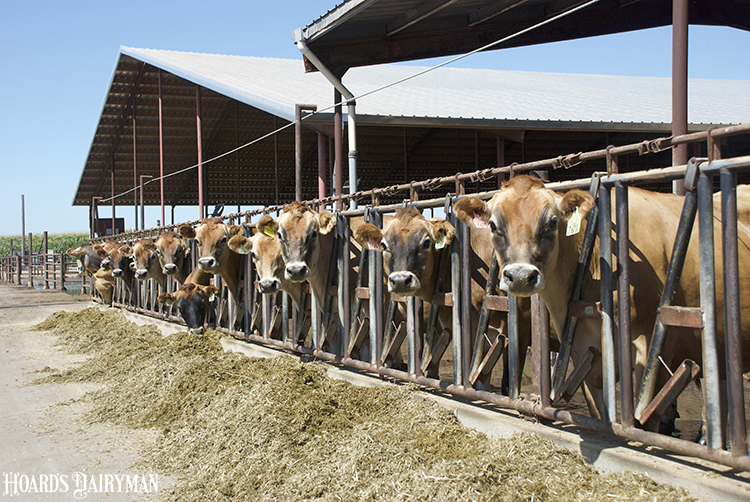 The long awaited, and at times delayed, Nutrient Requirements of Dairy Cattle finally had its first days in the sun in 20 years. From August 30 to September 2, dairy cattle feeding experts gathered both in person and virtually to learn of the updated requirements in what many in dairy circles simply call the “Dairy NRC”.

Richard Erdman from the University of Maryland and William Weiss from The Ohio State University headed up the committee for the eighth revised edition of the Nutrient Requirements of Dairy Cattle. The publication dates back to 1945 when the dairy section consisted of just 21 pages. The eighth rendition, which should be released in December, will feature over 300 pages covering all aspects of dairy cattle feeding.

The entire effort was overseen by the National Academies of Sciences, Engineering, and Medicine. The 20-year time length between the seventh edition and the eighth edition is the longest gap since the series began in post-World War II America.

Upon its release, the updated Nutrient Requirements of Dairy Cattle will encompass 21 chapters with the final chapter being a series of tables.

• The term “adequate intake” was introduced, which is used when “adequate data” were not available to define an “actual requirement.”

• There will be revised equations to estimate feed intake of growing heifers and lactating cows.

• Energy requirements for maintenance were increased by about 20%. Smaller refinements were made to energy needs for pregnancy, growth, and lactation.

• Digestibility coefficients for feeds and common fat supplements were recalculated based on newer data.

• Chapter 6, on protein, just may have the largest updates since 2001. Among the major changes were improvements to rumen degradable and digestible rumen undegradable protein . . . nearly all estimates were updated.

• For the first time, absorption coefficients for some minerals (magnesium, phosphorus, and copper) were adjusted based on user inputs rather than using ingredient-specific constants. Adequate intakes for vitamin D and vitamin A both were adjusted.

• The nutrient requirements for calves were completely overhauled with equations for metabolizable protein, metabolizable energy, and minerals all derived from newer data. Maintenance requirements were adjusted for environmental temperatures outside the thermoneutral zone for the calf.

• With much larger databases now available, more accurate estimates for energy and protein for growth could be derived by the committee.

• An updated list of health disorders make nutrition recommendations more accurate to reduce the prevalence of those disorders.

Make the most of this year's corn silage
2022 Webinar Archives
Related to:
Intel, nutrition, feeding
In Hoard's Dairyman Intel