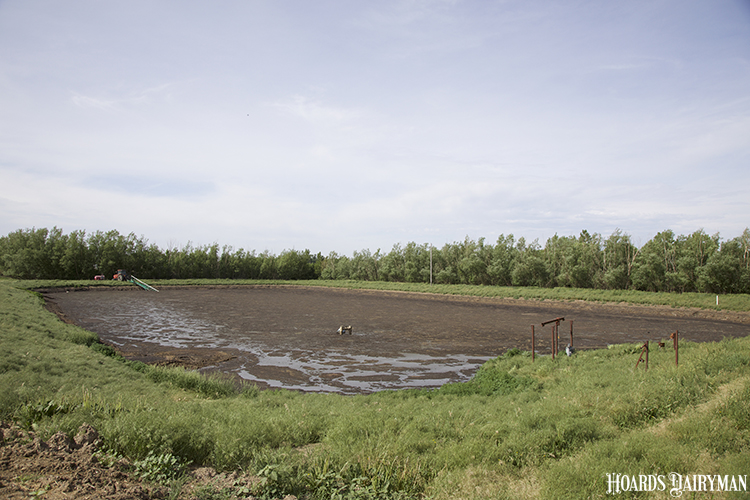 “Manure is a valuable commodity we want to be returning back to the field,” said Claudia Wagner-Riddle during her presentation at the North America Manure Expo. However, the University of Guelph professor recognized that during the process of moving manure from the barn to the field, there are losses in the form of gas and liquid.

Some of the notable greenhouse gases connected to manure include methane, nitrous oxide, and ammonia. Between manure in storage, manure deposited on pastures, and manure applied to fields, emissions from farms related to manure average between 22% and 32%, Wagner-Riddle shared.

“It’s a good chunk of total emissions, but it’s an area we can typically manage a little better,” she said, acknowledging that doing this requires extra work by farmers.

Mitigation measures can start in the barn, through improved herd health and productivity and nutritional changes that reduce carbon and nitrogen excretion. As for manure treatment, there are several opportunities, including anaerobic digestion, composting, solid and liquid separation, incineration, and more.

When manure is in storage, covers and emptying methods play a role in how much gas is released. And then, during application, practices such as injection and incorporation or reduced application rates can minimize the release of greenhouse gases.

A closer look at stored manure

Taking a step back to storage, Wagner-Riddle spent some time discussing manure pit or tank emptying strategies. She explained that it is very common for manure storages to not be emptied completely, and this residual manure is considered aged or inoculated.

The aged manure has its methane producers primed, so University of Guelph researchers predicted that pits containing aged manure would release more methane than those that were completely emptied out. In a study comparing manure storages that were filled with half fresh manure and half aged manure versus those with only fresh manure, that proved to be true.

Over both warm and cold seasons, fewer methanogen inoculum through complete emptying of a manure storage resulted in a 55% reduction in greenhouse gas emissions. The majority of emissions from stored manure are in the form of methane, so most of this reduction was in methane emissions.

The researchers took it a step further and evaluated whether different levels of leftover manure (0%, 5%, 10%, 15%, 20%, or 25%) made a difference in released emissions. They found that the decrease was linear. For example, when aged manure was reduced from 15% to 5%, methane emissions fell by 26% in warm weather and 45% in the cold season.

“Overall, this is a really significant reduction,” Wagner-Riddle summarized. “This is a technique that would be very helpful.”

More complete emptying of storages would require engineering changes to our current designs, but Wagner-Riddle concluded that this would be a worthwhile endeavor for reducing greenhouse gas emissions.