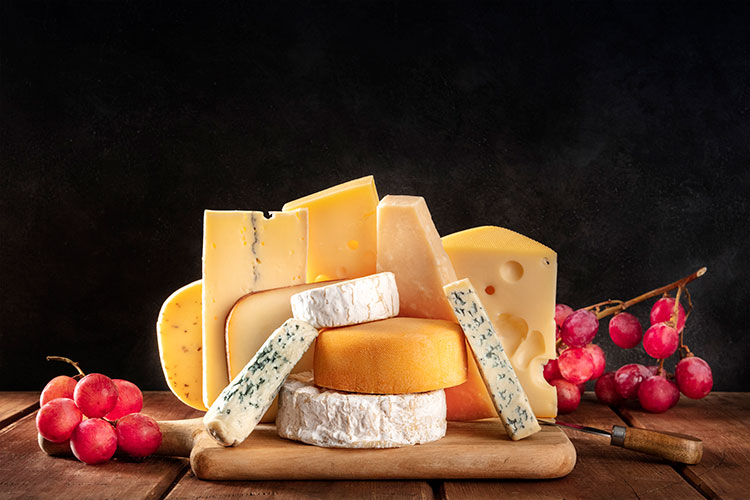 A year and a half removed from the brunt of the stay-at-home lockdowns that ruled most of the world because of COVID-19, the global demand for cheese is reaching record highs. That is great news for American dairy farmers as competitively priced U.S. cheese capitalizes on demand and appears ready to have one of its best years of sales.

“That puts us on pace to have the largest volume of cheese exports in a single year ever,” he said.

Simply put, demand is strong as countries continue to return to more normal economic activities, such as going to restaurants. Together, Eurasia, China, and South America cheese imports have risen 22% in the last year, Cain said. But it’s not only those players that are looking for more cheese to meet domestic needs.

“Twelve of the 15 largest cheese-importing countries in the world are all importing more cheese,” he added. “That goes to show this demand increase is not just isolated to a handful of countries around the world; this is really a global uptick in demand for cheese.”

Reflecting that global demand, U.S. cheese sales are on track for a banner year. Driving a large share of that number is Latin America, where Cain said sales are up 34% over the last year.

In explaining why, Cain shared that U.S. cheese offers a favorable price right now, especially considering our proximity to the region and advantages in transportation costs. And while shipping constraints are making plenty of headlines these days, much of those issues are on the West Coast of the U.S. Most product shipped to Latin America goes across the southern border or out from the East Coast, he said. Finally, vaccination rates against COVID-19 are climbing in those countries, bringing back demand in food service and tourism sectors.

Latin America already makes up about 40% of our cheese exports, Cain said, which includes about 25% to Mexico. Another 30% goes to Japan and Korea, with the remaining 30% found in smaller trading partners throughout the world.

“Basically what that means is three-quarters of our cheese exports are going to Japan, Korea, and Latin America,” Cain stated.

As demand appears to be poised to hold steady in those countries and many others, U.S. cheese will be available to fill those orders.

To watch the recording of the September 15 DairyLivestream, go to the link above. The program recording is also available as an audio-only podcast on Spotify, Google Podcasts, Apple Podcasts, and downloadable from the Hoard’s Dairyman website.