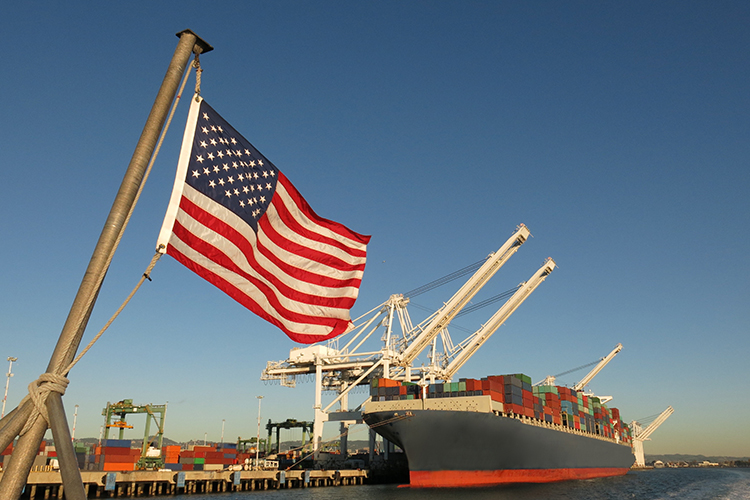 Unless we actively try to stop it, the U.S. is going to become more integrated into the global dairy market. I want to be clear; I don’t think the industry should try to stop it. But I also want to emphasize that market forces are driving us in this direction and we can either fight it, stumble our way through it, or embrace it fully.

Arguably, the U.S. initially stumbled our way into the export market. Rising global demand and tight supplies in the other major exporting countries from 2007 to 2008 pushed dairy prices to record highs. Hence, it became profitable for U.S. processors and cooperatives to export product. Since then, we’ve devoted resources to developing the export markets, and we are much better than we were at the onset. However, Federal Milk Marketing Orders (FMMO) and the focus of U.S. farmers is still around the domestic market. We can’t ignore the domestic market, but we shouldn’t ignore the tremendous opportunity that we have globally, either.

An impressive story is unfolding 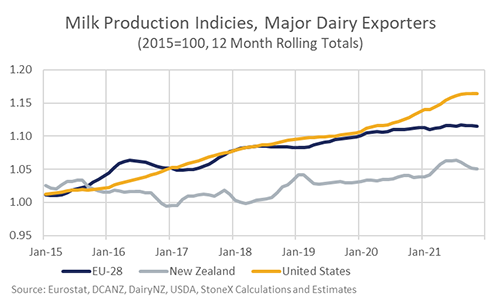 Dairy economists and analysts have been talking about this for a while, but I wasn’t a big believer. Historically good milk prices and margins have driven growth in milk production in Europe and New Zealand. We will likely still see years when production grows in response to prices, but there has been a shift toward slower or no growth in recent years and it looks like longer term structural issues are holding back their growth.

Environmental regulations have tightened in New Zealand and parts of Europe with the very real likelihood that regulations will continue to tighten in the near future. Farmers appear to be reluctant to invest and expand in the face of regulation, even when milk prices are strong and margins are high. Recently, milk production growth has slowed in the U.S. too, but for now, we are not staring down the regulatory restraints that Europe and New Zealand are.

Importers are noticing the lack of production growth in other parts of the world, and they are increasingly going to be looking to the U.S. to meet their demand. We will still need to work for the business, and we’ll need to be price competitive. This is what I mean when I started this article by saying the greater integration into the world market will continue unless we do something to stop it.

There are a growing number of calls to make changes to the Federal Milk Marketing Orders. At the moment, the discussion is mostly around changes to Class I. However, it is worth considering larger changes to the entire FMMO system given the shrinking importance of Class I when compared to the growing importance of the commodity markets and the export opportunities that we will have moving forward.