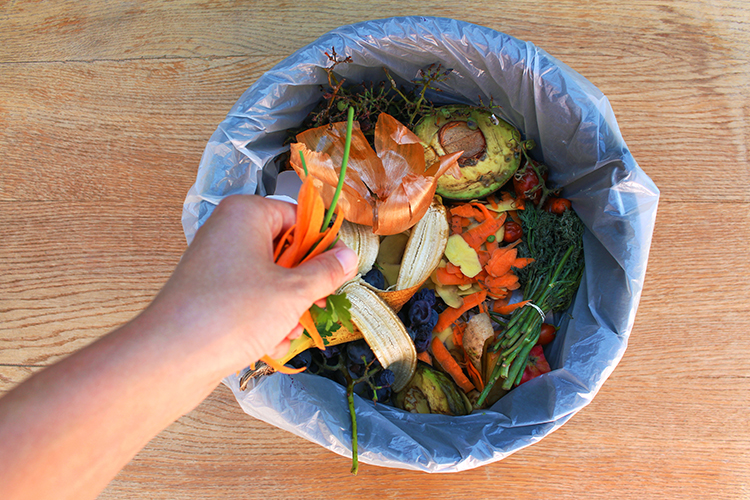 Anaerobic digesters have become a useful tool for some dairy farms to not only manage their manure and environmental impact, but also to create another source of income by selling the power that is generated. In a growing number of states, that opportunity may become more feasible and attractive as food retailers and distributors must explore ways to divert their food waste.

Waste from human food production and consumption is already processed in digesters around the country, often to help smaller dairies that generate less manure keep their digesters running efficiently. Of course, the technology is also a valuable way to reduce some of the impact of the thousands of tons of spoiled and discarded food destined for landfills.

This problem of food waste has caught the attention of multiple state legislatures that, over the last decade, have enacted bans on the disposal of organic waste. California, Connecticut, Maryland, Massachusetts, New Jersey, New York, Rhode Island, and Vermont are among the states with laws requiring reprocessing of food waste in order to keep it out of landfills. Typically, these provisions are phased-in over a number of years and may apply only to certain types of institutions and/or those within a certain radius of a recycling facility, such as a composter or anaerobic digester.

New York’s law, passed in 2019, just went into effect at the beginning of this new year. It requires all businesses that generate an annual average of at least two tons of wasted food per week to donate any edible excess food and recycle all remaining scraps if they are within 25 miles of an organics recycler, explained Sally Rowland of the New York Department of Environmental Conservation.

She noted during a webinar hosted by Cornell Pro-Dairy that even without including New York City, there are roughly 1,000 food waste-generating establishments that must meet the new requirements of this law and find a way to dispose of their excess. This might include organizations like grocery stores or colleges.

“If you have a digester on your farm, you may be approached by certain entities, haulers or others, that are looking for an outlet. They’re looking for a recycler for organic waste, primarily food scraps,” advised Rowland, who serves as chief of the organics reduction and recycling section in the division of materials management, which regulates digesters in the state. She said that “anything organic” can go into a digester, not just manure. Food scraps, food processing waste, fats, oils, and greases are just a few examples.

Rashi Akki of Ag-Grid Energy described that her company has partnered with dairies on building anaerobic digesters and so far has two projects producing electricity in Massachusetts and one in Connecticut. Because the farms range from 180 to 400 cows, processing food waste makes the digesters feasible.

“We take in roughly two truckloads — we say 18,000 gallons — of food waste per day,” Akki shared. “We really like this model of manure and food waste. The combination works super well.”

With the addition of a machine called a de-packager at one of the dairies, that project can even take packaged foods from places such as grocery stores and break them down so they can be digested. While this adds another element to the process, it’s useful to be able to use these products because it solves another problem in society, Akki explained.

Food diversion efforts will continue to be a legislative priority, she believes. Also at the beginning of this year, the Connecticut and Massachusetts laws expanded to remove their requirements on distance from a recycler. The Maryland and New Jersey laws just went into effect last year. And California’s law aims to reduce organic waste sent to landfills by 75% by 2025.

With these goals set, dairy producers could have a significant opportunity.