Quickness is crucial for quality colostrum 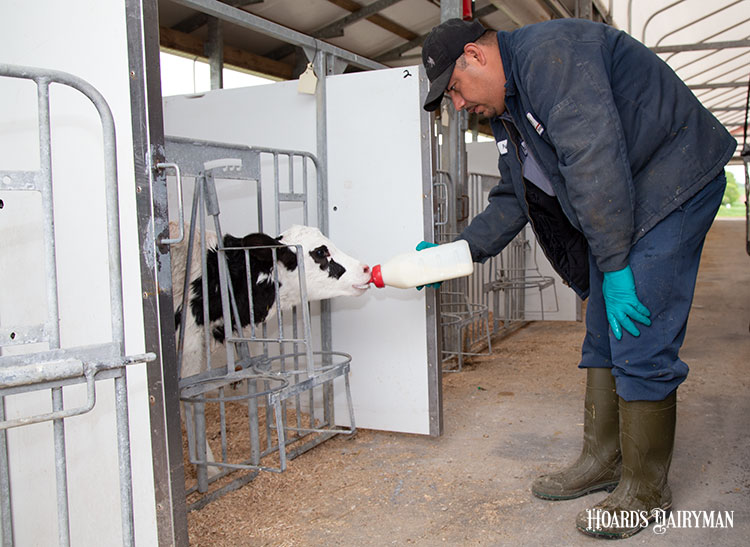 Quality, quantity, quickness, squeaky clean, and quantify: these “five Qs” developed by Sandra Godden at the University of Minnesota serve as guidelines for effectively applying the most important tool — colostrum — a dairy has to prevent disease in very young calves. Keeping equipment squeaky clean and providing an adequate quantity clearly means maternity and calf employees must do an excellent job. Colostrum quality and quantifying passive transfer rely on a human factor, too, and that’s the quickness with which maternal colostrum is harvested and delivered.

Hayley Springer elaborated on that relationship during a Penn State webinar. “We often talk about getting it into the calf quickly, and that is important,” the Extension veterinarian said. “But it’s also important not to neglect the other side of quickness, and that’s to harvest it from the dam quickly.”

She outlined that, as more time passes since parturition, both the dam’s colostrum quality and the calf’s ability to absorb antibodies from the colostrum declines.

“That calf’s only getting about 50% of what it could’ve gotten to if it were fed earlier,” Springer emphasized.

The same thing happens in the dam. At calving, she illustrated that a cow’s colostrum has 100% of its quality. In other words, it’s as good as it’s going to get. This specific level, of course, varies by individual, but immediately after calving is when quality peaks.

By six hours out from calving, quality has declined to 83% of its peak, and it’s down to 73% by 10 hours from calving. Quality is only two-thirds of what it was (67%) by the time 14 hours have passed since calving.