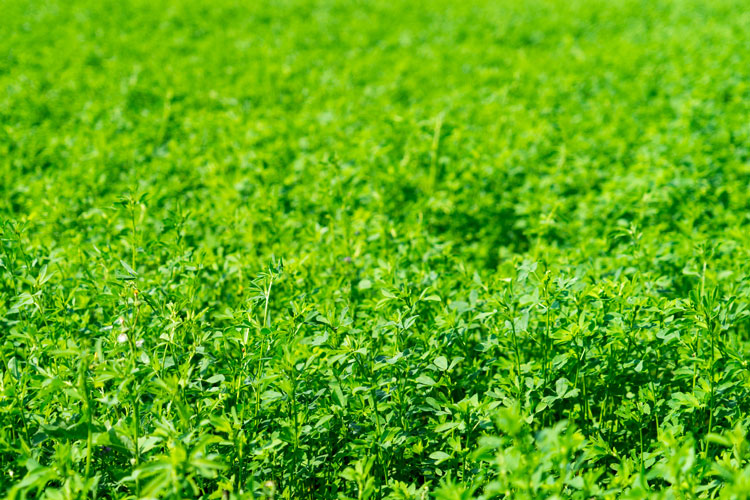 Right now, you are likely experiencing sticker shock from looking at nitrogen fertilizer prices in late 2021 compared to the prior year. No matter which form of nitrogen you look at, the one-year price increase is scary.

These dramatic prices spell trouble on the dairy farm as growers think about planting the next corn silage or grain crop where nitrogen (N) is essential for high tonnage. The difference in cost to produce corn silage may be around $5 per ton.

Give credit when due

Fortunately, most dairy operations are growing alfalfa in rotation with corn as a forage and protein source for their lactating cow diets. Alfalfa is a special crop because it can fix large amounts of atmospheric nitrogen — some estimates are as high as 300 pounds of N per acre — and reduce the amount of nitrogen needed for the subsequent corn crop. Excess N after plowing down alfalfa becomes an “N credit” or “fertilizer N replacement value.”

Most university research studies have shown there is little to no N fertilizer needed for a corn crop when planted into a three-year-old alfalfa field with a good stand. Despite this well-known N credit, many growers still hesitate to account for this N source when rotating out of alfalfa into corn. When growers fail to give alfalfa its due credit for N, over-fertilization occurs, which reduces net farm profits and has potentially damaging impacts on the environment.

Like so many biological processes, N contributions from alfalfa to the next corn crop are variable. In a review of 259 field trials from the northern and central U.S., researchers at the University of Minnesota identified several factors determining responsiveness of first-year corn to N fertilizer following alfalfa. These included soil texture (fine, medium, or coarse), the age of the alfalfa stand, and the timing of alfalfa termination (fall versus spring). Weather following alfalfa plow-down also plays a role, mostly by influencing the synchronization of N release relative to the needs of the growing corn crop.

When rotating out of an alfalfa stand due to winterkill, the amount of N credit depends on plant density at the time of planting. If a field is harvested for first crop in the spring, then assess the stand after harvest to determine the amount of N credit to give. For fields with grass mixtures, the N credits depend in part on the alfalfa-to-grass ratio at the time of plow-down, with more credit given for stands with a high percentage of alfalfa.

No-till studies at the University of Minnesota showed that moderate to high-yielding corn in a no-till system planted after a good three-year-old alfalfa stand did not respond to additional N fertilizer, suggesting growers give the same N credit to alfalfa in all tillage systems. The benefit of N credit from alfalfa can also impact N fertilizer response in second-year corn following alfalfa.

What is the future of alfalfa N credits for corn? First, look at your own operation and determine how much less N fertilizer is needed for each cornfield due to alfalfa N credits. Take full credit whenever possible to save money — especially given current N prices — and to avoid excess N losses from a field.

Looking ahead, at least one company offers custom nitrogen prescriptions and application timing recommendations using computational tools based on N credits, manure history, soil types, planting dates, weather data, and satellite imagery. This helps growers be more precise in meeting the N needs of a cornfield, even down to a sub-field level.

It is time to control bovine leukemia virus
Animal Care
Related to:
features, crops, forage, alfalfa
In Crops and Forages

Features
There are cannibals in your cornfield