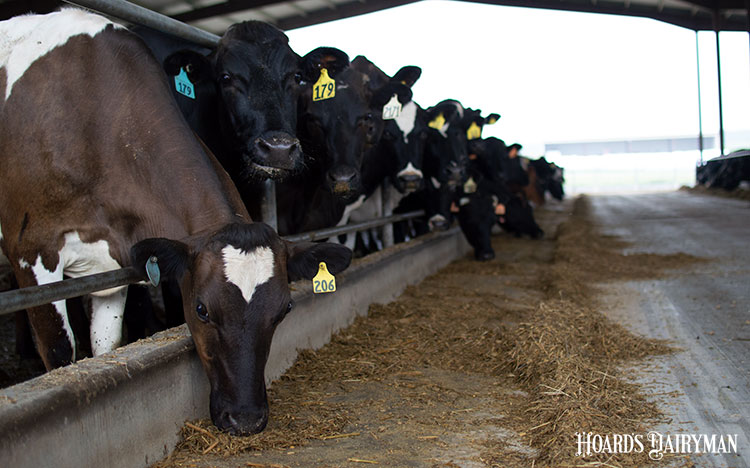 Last December’s release of the book Nutrient Requirements of Dairy Cattle (eighth revised edition) was like a Christmas gift for dairy nutritionists and researchers. The much-anticipated update of these feeding requirements had finally become a reality.

Bill Weiss, a professor emeritus from The Ohio State University, co-chaired the committee that reviewed and updated these recommendations. This was a process that took many individuals, long hours, and seven years to complete.

During the February Hoard’s Dairyman monthly webinar, Weiss emphasized that the book was not entirely re-written; instead, they updated and improved the recommendations and developed equations and software that could evaluate diets with the new criteria.

In the first chapter of this newest update, the authors included a definition of the term “requirement,” something that was missing from the previous versions. This requirement is not a minimum requirement or a maximum requirement, Weiss clarified. It is an average requirement that is expected to meet the needs of 50% of the population.

Weiss explained that requirements for nutrients were included in the book when there was adequate data to establish an average requirement for a specific type of cow; for example, a 1,400-pound cow producing 80 pounds of milk. If a farm fed for the average requirement, half of the cows would be overfed and half would be underfed.

“Sometimes, it’s not economical to feed every cow correctly. You might have to have some underfed cows,” he noted.

For nutrients lacking enough information to establish an average requirement, the guidelines include an “adequate intake” recommendation. This term is used for many of the vitamins and some trace minerals. By feeding to meet the adequate intake, Weiss said a farm should not see a deficiency for that nutrient. Even though there is no average recommendation, “That doesn’t mean this mineral or vitamin is optional,” Weiss said. “Diets need to be formulated to meet at least the adequate intake level.”

By utilizing these recommendations, nutritionists and the farms they work with should be able to feed cows more precisely, better meeting the needs of the herd and possibly saving feed costs. To hear more recommendations from Weiss, watch the Hoard’s Dairyman webinar, “What does the new NRC means for your herd?” This webinar was sponsored by QLF.