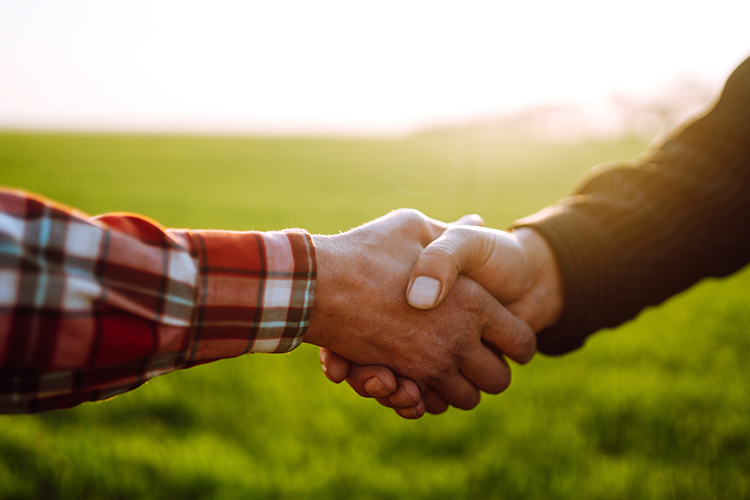 That was the lead statement from Peggy Holoubek Hainy on Monday, March 14, who just days earlier made a public plea on Facebook and posed the question, “ WILL WE STILL BE FARMING ON MARCH 16TH?”

“Mullins just called and said the county gave them all the permits they needed,” continued Hainy, who is a dairy farmer of nearly four decades. “So, milk will continue to be picked up as usual,” she said in her social media post, responding to news that came directly from their farm’s milk buyer, Mullins Cheese.

“We would like to thank everyone for the support and all the calls that were made to help,” she continued. “Meeting is canceled for tomorrow.”

The “tomorrow” she is referring to involved Tuesday, March 15, and a pair of meetings that were scheduled to take place. The first was the monthly meeting of the Price County Board of Supervisors. The second, more important meeting when it came to milk trucks running on county roads was the Price County Highway and Transportation Committee meeting slated for later that same day. That committee, as of Monday morning, still had an agenda item of, “Milk haulers exemption to spring weight restrictions.”

Due to numerous calls from local farmers, local milk processors, co-op leaders, state and regional officials, and even staff from the state’s assembly, senate, and executive branch, the situation was resolved by mid-day Monday.

“Please let people know so they don’t drive up for a meeting,” Hainy later shared on that same Facebook post quoted earlier.

“I made a few phone calls, and it is my understanding that an agreeable solution has been worked out,” wrote Joe Hoey, a staffer member for State Senator Janet Bewley, in an email sent to Hoard’s Dairyman late Monday.

“This message is to let you know that calmer heads prevailed today,” wrote Bob Kopisch, the chair of the Price County Board of Supervisors. “We reached an agreement with Mullins so milk will continue to be picked up as usual. With that, there will NOT be a meeting tomorrow,” continued the email from Kopisch that landed about an hour before officials from Madison began sharing the news of an agreement in Price County. Given that positive turn of events, we updated the Hoard’s Dairyman Intel, “A Wisconsin county poised to stop milk trucks,” to reflect the news.

By all accounts, Don Mullins deserves a heap of praise. That was the one name that routinely surfaced over the three-day ordeal. The Mosinee dairy processor sources milk from 625 dairy farms throughout Wisconsin. When Mullins caught wind of the situation, he began making phone calls over the weekend and even called all his patrons in Price County to alert them of the situation.

“We appreciate the administration of Price County to allow us to pick up the milk,” said Josh Mullins, co-owner of Mullins Cheese.

While the milking-hauling situation was resolved in a reasonable fashion, not one of these Price County dairy farmers should have dealt with this matter as state statutes allow for milk trucks to carry on, even during the spring thaw.

Just take the shortest route to get to the farm.

That’s been the guideline in the past.

It will be a good guideline for years to come.

The US breaks 76-year-old record
By Corey Geiger, Managing Editor