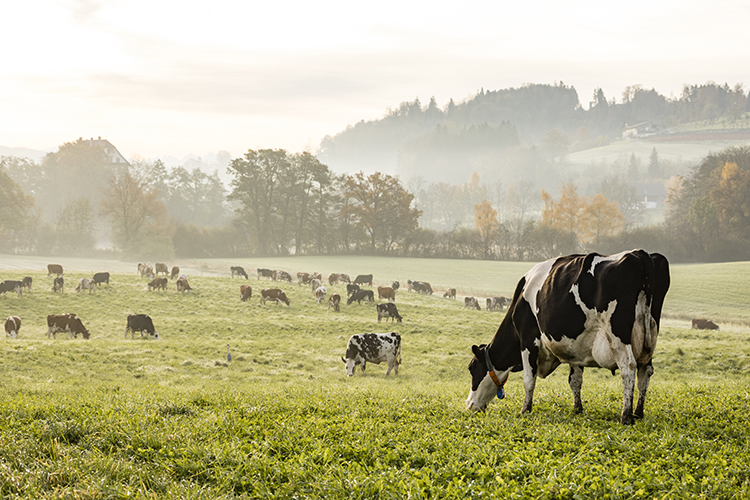 While the European Union (EU) stands second in global dairy product exports, the forecast has turned a bit cloudy these days.

By 2030, there could be a 20-million pound gap between forecasted growth in global dairy demand and the projected growth in milk production. At a time when the world wants dairy, the question arises, “Who will produce the milk?”

“Europe is creating disincentives in livestock agriculture. My colleagues who run large dairy organizations in Europe tell me that milk production may no longer grow there due to disincentives for animal agriculture,” shared Rick Smith, president and CEO of Dairy Farmers of America (DFA).

From milk to manure

“The Dutch went from having a milk quota to having a manure quota,” said Mary Ledman, global dairy strategist with Rabobank.

That “manure quota” involves the EU’s strong commitment to curtailing climate change. According to the highly regarded Science family of journals, “Ecological damage from manure fumes has triggered calls for drastic change to agriculture.” In Europe, the Netherlands is the epicenter for the government’s counter offensive on climate. However, its farmers are piping mad as Erik Stokstad shared in his article, “Nitrogen crisis from jam-packed livestock operations has ‘paralyzed’ Dutch economy.”

What could this situation have in store for global dairy?

“I expect the next wave of Dutch dairy immigration in the next five years,” said Ledman at DFA’s annual meeting on March 22. When that takes place, “some Dutch dairy farmers will sell their quota and their land and come to the U.S. to farm,” she said.

Further fueling this projection, the highly regarded dairy economist added, “The Dutch are even talking about whole farm buyouts.”

Prior to the events unfolding in Eastern Europe and the Ukraine, some of those Dutch farmers may have picked up roots and purchased farms in that region. “Not any longer,” said Ledman, “as the U.S. offers the best opportunity to run a successful dairy business.”