Will dairy be a solution for greenhouse gases? 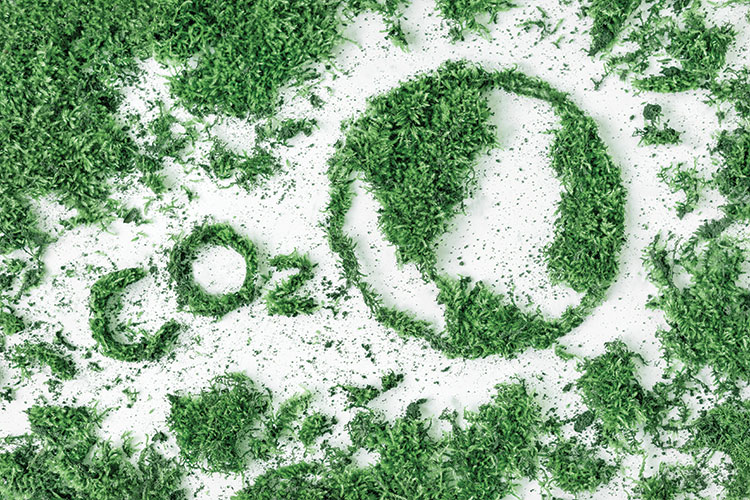 While there is often pushback that ruminants are utilizing land that could otherwise be used for edible food production for humans, cattle deliver value. Consider this: For every 0.27 pound of human edible food that ruminants consume, they produce 1 pound of product.

Additionally, for every 100 pounds of human edible plant-based food that is produced, 37 pounds of by-products are generated, which can be fed to ruminants, reducing the quantity of by-products put into landfills.

Stated more practically, ruminants often utilize feedstuffs and land that is unsuitable to feed humans. At the same time, cattle ingest lower quality protein sources and produce higher quality protein products in the form of milk and meat. These topics and much more were the focus of the Zero Net Carbon conference held at MVP Dairy in Celina, Ohio, last November.

As efficiency of dairy production has improved, we require fewer cows to produce the same amount of milk. However, as farm size climbs, manure storage has continued to elevate the amount of methane produced with each passing year. As we are unable to stop cows from producing enteric methane, our biggest opportunities are likely in changes to how we manage manure and changes in how we produce feedstuffs being fed to cows. The theoretical maximum reduction of greenhouse gases in the dairy system is about 56%, mainly coming from reductions in methane released from manure.

However, in order to completely reach carbon neutrality, we would need to make feed production a carbon sink to offset methane production. The utilization of displacement credits from electricity produced by renewable natural gas displacing fossil fuels will also contribute to carbon neutrality by the dairy industry.

This is possible because methane, unlike carbon dioxide, is degraded relatively quickly in the atmosphere — in about 10 years. As the dairy industry has improved in efficiency, with fewer cows required to produce more milk compared to decades ago, methane production has decreased per unit of milk produced. However, the concentration of animals and manure on farms, as well as greater feed intakes, has resulted in more methane production per cow.

The McCarty and VanTilburg families of MVP Dairy and Ryan Bergman from Danone discussed their commitment to regenerative agriculture and how they are evaluating their current practices and strategies to improve sustainability at the conference. Regenerative agriculture was defined as protecting the soil, water, and biodiversity and respecting animal welfare.

Within Danone’s business, 50% of their carbon footprint is coming from agriculture. Therefore, the dairy processor is focusing on improvements for soil and water, biodiversity, carbon and energy usage, and economics on dairy farms, Bergman explained.

Currently, the organization has 140,000-plus acres enrolled in a soil health program. One of the strategies being utilized on farms is to plant cover crops to enhance carbon sequestration, with an estimated 3% to 5% reduction in net carbon dioxide (CO2) equivalents.

Bergman shared that Danone is using a third-party program, EcoPractices, to collect data related to sustainability and estimate a farm’s relative carbon footprint. Danone then works with dairy farms to develop a sustainable, continuous improvement plan, including feed, fermentation, and manure management, to make progress toward a reduced carbon footprint.

Dairy Management Inc., (DMI) has initiated “Dairy Scale for Good” as one of the strategies to achieve dairy’s Net Zero Initiative goal by 2050. On a pilot project basis, Dairy Scale for Good plans to work with up to five dairy farms to adopt technology and best practices to become living laboratories to improve sustainability. DMI’s Jim Wallace shared that the goal for this project is to understand the collective impact of implementing multiple practices and disseminating this information broadly to the industry.

An example of the technologies being evaluated are manure systems that would reduce greenhouse gas emissions. Of the manure systems described, dissolved air floatation, nitrification/denitrification systems, and evaporative systems have the largest potential impact on reducing greenhouse gas emissions. Meanwhile, anaerobic digestion systems have a smaller, but still positive, impact on emissions.

Wallace explained that each cow can generate approximately 20 million British Thermal Units (BTU) per year in renewable natural gas, and the standard value of that energy is approximately $3 per million BTU.

Admittedly, $3 is a small number. However, much of the current value of anaerobic digestion is driven by the California Low Carbon Fuel Standard and federal renewable energy subsidies. When combined, these two programs provide more than $80 of economic value per million BTU. These incentives are driving rapid development of new anaerobic digesters on dairy farms.

As agriculture and the dairy industry develop goals for environmental sustainability, it’s important to grasp where the most likely improvements can be made and how to assess the goals established. Although the bulk of greenhouse gas from dairy cattle is carbon dioxide, the exchange of carbon dioxide from animals with the soil and plants negates it being a primary focus.

Even though nitric oxide is a major carbon equivalent from dairy cattle, it is very difficult to measure and control. However, methane from enteric fermentation and manure storage and application should be a major focus in assessing goals and in reducing carbon dioxide equivalents.

Marilia Chiavegato and her team at The Ohio State University have developed tools for measuring greenhouse gas release from the soil and animals, especially focusing on methane. Methane release can be assessed from animals in confinement or pasture-based systems.

As the carbon footprint by dairy farms continues to be of interest, Chiavegato shared that the emission factors used in the estimates will be much more meaningful if the factors are more farm-specific than regional or generalized in development. Improving the accuracy in estimating greenhouse gas emissions will be important for dairy farms to be able to effectively assess if they are attaining their sustainability goals.

One question brought up during the question-and-answer session was, “Do you honestly think that people care about sustainability?” Each speaker had a slightly different perspective in answering the question.

Chiavegato emphasized that the students she teaches care; these young people want to understand how agriculture is helping or hurting sustainability efforts. Sara Place with Elanco indicated that investors care; they are putting money toward meeting sustainability goals, and as a result, individual companies are putting action plans in place to reduce carbon emissions.

The MVP Dairy team specified that they care because they want to see the next generation of farmers be able to farm, and ignoring sustainability may impede that goal. Wallace indicated that there are solutions that may not be available now but can be developed if the focus and funding is on sustainability.

Regardless of why, it was clear that the speakers on the panel cared about dairy sustainability. Even more importantly, it is likely that the industry as a whole will continue to be asked if they are the problem or the solution when it comes to environmental sustainability.