Problems may be surfacing for dairy demand 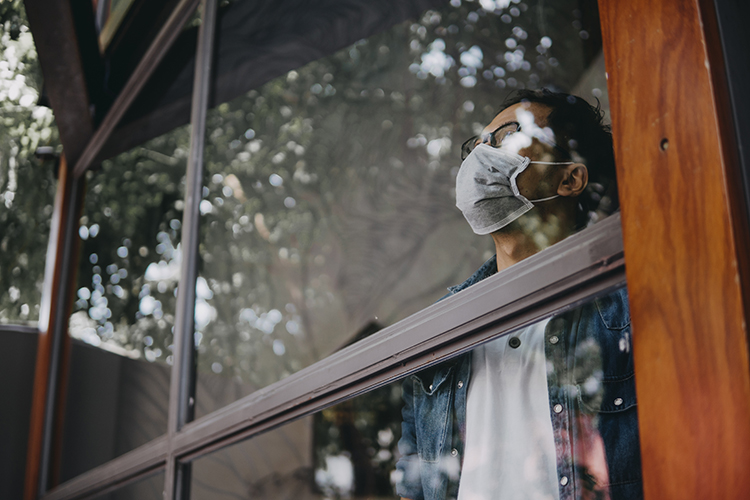 While weak milk production across the major dairy exporters has pushed milk prices to new record highs around the world, problems are surfacing on the demand side. The biggest demand problem is China.

Chinese imports were already slowing before the current COVID-19 infection wave hit the world’s most populated country . . . so I don’t want to blame all of the trouble on COVID-19 . . . but the current lockdowns do appear to be reducing demand for dairy products in China, and they are souring the sentiment around demand and prices.

The current wave of the Omicron BA.2 COVID-19 strain has generated a lot of headlines in the U.S., but Shanghai has been in a near complete lockdown for a month. Shanghai is a big city, about 28 million people, but that is only 2% of China’s population. However, the lockdowns have been more widespread than it seems from reading Western media. One investment bank estimated that 373 million people across 43 cities were facing some level of lockdown in mid-April, which would be almost 26% of the country’s population.

Anecdotally, the lockdowns and reduced dairy consumption are pushing more of their milk into the whole milk powder (WMP) dryers, which suggests weaker WMP imports in the future. We heard this same story when there were widespread lockdowns in the first wave of COVID-19, but Chinese imports rebounded strongly after those lockdowns. With that noted, I am a little skeptical that excess domestically produced powder is going to have a big impact on imports. That doesn’t change the short-term sentiment and price trends, though. 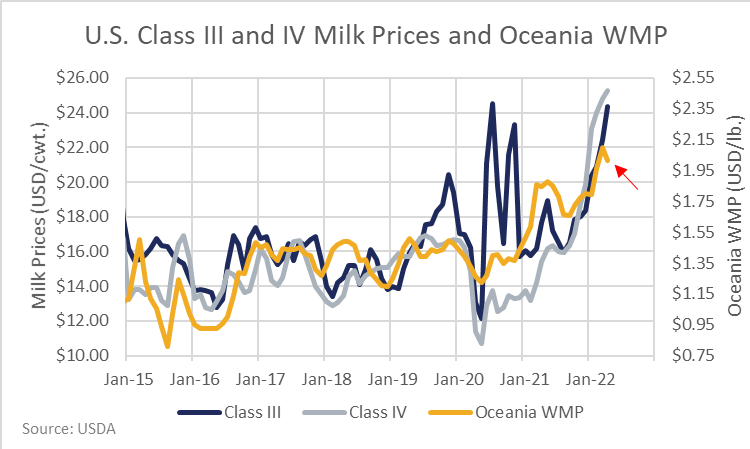 Dairy prices on the world stage

WMP prices at the Global Dairy Trade (GDT) auction have dropped 11.6% over the past three events. My graph doesn’t do the drop justice. This decline is pretty significant, especially since WMP prices didn’t rise as much as other dairy prices earlier this year. In the past, when we’ve seen this kind of weakness in WMP prices relative to the rest of the complex, it has been a sign that Chinese import demand was very weak. In the combined months of January and February, Chinese milk equivalent imports were down 2.2% from last year, but they fell 28.6% below year ago in March. My estimates have them down in April and May as well.

With Chinese demand down and the WMP price, which is the benchmark price in Oceania, falling, will it drag U.S. prices down?

If exporters in Oceania are seeing weak returns on WMP, they will push milk into other dairy products, which will increase global supply reduce demand for U.S. product. But there are some counterarguments.

First, while U.S. milk prices are correlated with Oceania WMP, they aren’t tightly tied together, so supply and demand fundamentals inside the U.S. might keep U.S. prices supported even if Oceania WMP prices drop.

Second, dairy prices in Europe have remained firm. At the moment, the biggest demand problem is China, which is a big buyer of Oceania product, so the weak demand will likely hit Oceania prices harder and may not fully feed through to U.S. or Oceania prices.

Third, milk production in Oceania is headed toward its seasonal low point as they move into fall/winter. That will limit the amount of milk that can shift out of WMP and into other dairy products in coming months.

You can make some good arguments about why the weakness in Oceania WMP won’t drag U.S. prices lower, but when you look at the long-run correlation, if the WMP price keeps falling and U.S. milk production continues to improve, odds are U.S. prices will start following Oceania lower, too.

The futures markets act like a sponge
By Nate Donnay, StoneX Group Inc. 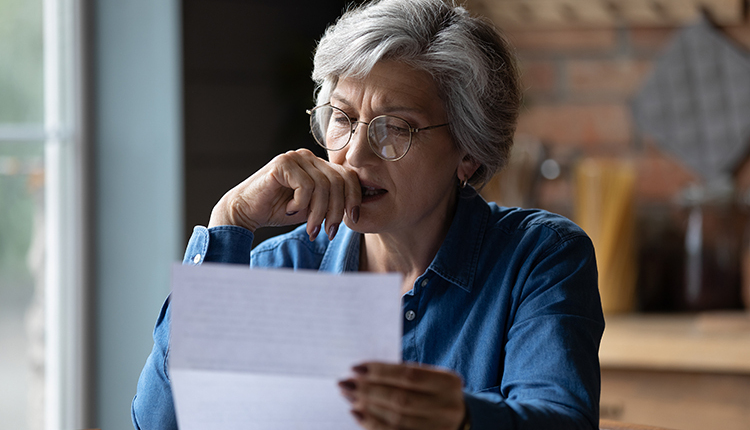