After bottoming out at $1,140 per head in April 2019, dairy replacements slowly gained value, selling between $1,240 and $1,380 per head over the next four years. Even at those slightly higher values, prices still did not cover the cost of raising those animals.

Then those prices leapt to $1,540 in April 2022 as dairy farmers began seeking replacements to capitalize on higher milk prices, which reached a $25.90 All-Milk price in March 2022. That milk price was 20 cents higher than the previous record in September 2014. Back into those days, however, input costs were much lower.

Replacement prices reported this April in USDA’s Agricultural Prices varied greatly from the $1,540 average. Wisconsin led all states with dairy replacement selling for $1,710. Closely following the Badger State were Arizona, Pennsylvania, and Vermont at $1,700 per head.

Compared to just five years ago, dairy replacement inventories are much lower nationwide, and this scarcity also is helping drive up values. In January, USDA reported the number of dairy heifers expected to calve this year reached a 16-year low. 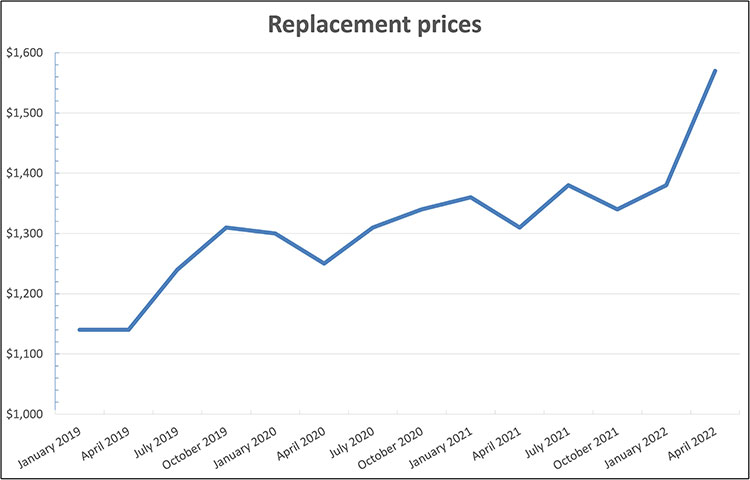 If milk prices remain strong this spring and into the early summer, replacement values likely will move well past April’s $1,540 figure when USDA reports its next data set in July.