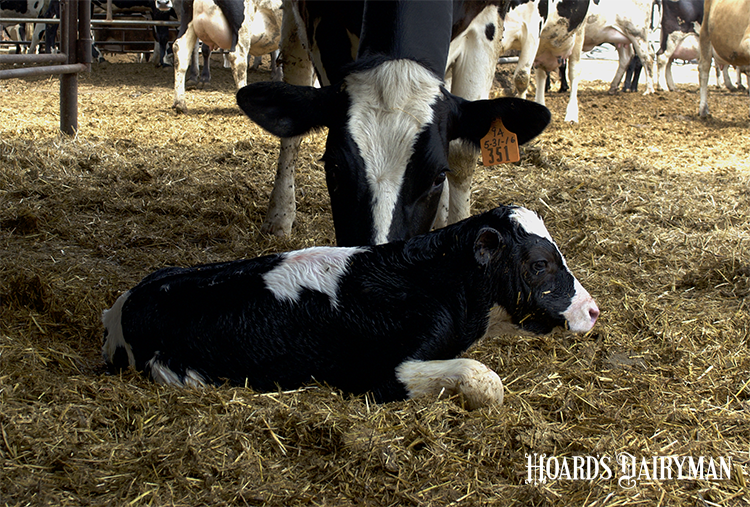 It was once common practice to treat nearly every fresh cow with a bottle of calcium intravenously (IV) to ward off milk fever, or clinical hypocalcemia. While Iowa State University’s Jesse Goff said he administered many IV bottles of calcium for this reason during his time as a young veterinarian, we have learned that this practice probably does more harm than good. He explained why during the May Hoard’s Dairyman webinar.

Goff, a professor emeritus with the university’s College of Veterinary Medicine, said the reason is that IV calcium raises blood calcium levels very high, very quickly after treatment. This elevated calcium level then shuts down the production of parathyroid hormone and 1,25-Dihydroxyvitamin D, which both play an important role in calcium homeostasis and returning blood levels to normal.

Goff said that is fine for the first six to 10 hours after treatment, but once the calcium from the IV is gone, the cow must go through the whole process of reestablishing those hormones again. So, while preventative IV calcium likely avoids milk fever on Day 1, Goff said if blood calcium levels were checked on Day 2 or 3 after calving, cows are probably in a worse position than if they had not been treated with calcium.

Now, this is the case for subclinical hypocalcemia – not clinical milk fever.

“If a cow has clinical milk fever, it definitely needs IV calcium,” Goff asserted. “You can’t mess around much.” He explained that the longer a cow is down, the more damage occurs to muscles and nerves. “Cows can’t lie on one side more than three or four hours before blood flow to the down leg is compromised, which causes tissue death,” he noted.

He also mentioned the idea of treating cows with calcium subcutaneously, with half a bottle at calving and another half 12 hours later. The thought process behind this treatment method, he said, was that the uptake would be slower, avoiding that dramatic spike in blood calcium. However, whether this method is effective is debatable. Goff said that hormone production is still inhibited, “so you may not be gaining as much as you hope,” and it requires handling and injecting the cow multiple times.

While these methods may not be appropriate, farms should be working to minimize clinical and subclinical hypocalcemia in the herd.

“If you are sitting back on your hands, that is probably a bad deal for the cows,” Goff said. “We have choices. Do something. We are at a stage now where we should be preventing hypocalcemia in these cows.”

To hear about nutritional strategies available to tackle hypocalcemia, listen to the May Hoard’s Dairyman webinar, “Hypocalcemia and the transition cow.” This webinar was sponsored by Boehringer Ingelheim Animal Health.