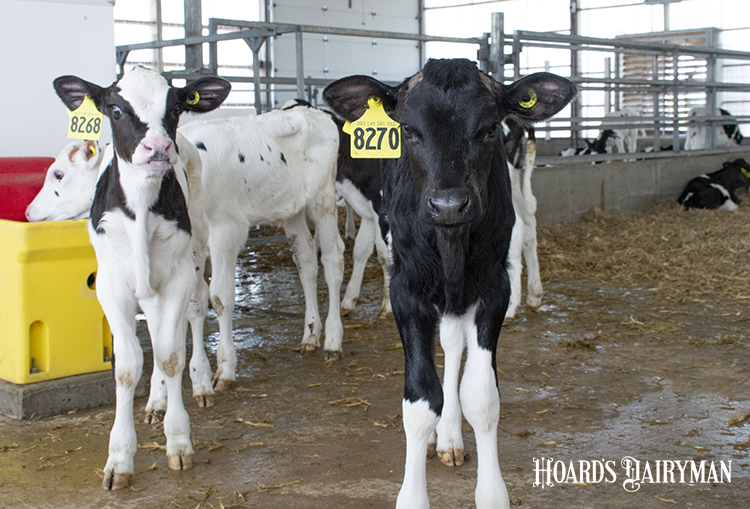 Individual dairy calf housing was a concept that arose in the 1960s. At the time, dairy farmers were struggling with high rates of calf morbidity and mortality, and the calf hutch was developed out of necessity. Rearing calves individually helped reduce many of the calfhood problems that were prevalent at that time.

Many advancements in calf rearing were made in the decades that followed, and University of Wisconsin-Madison’s Jennifer Van Os believes that individual housing is no longer the only solution for successfully raising calves. However, individual housing is still the industry norm, with an estimated 77% of farms housing calves separately.

At the Dairy Cattle Welfare Council’s annual symposium held in Syracuse, N.Y., Van Os talked about some of the benefits of social housing for calves. The first is that housing calves in groups addresses an animal’s preference for social contact. Studies have shown that calves are motivated to gain access to other animals. In one study, when two calves were housed in a shared pen with two calf hutches, the calves chose to lie together in one hutch more than 75% of the time.

Van Os, an assistant professor and extension specialist in animal welfare, said that group housing also encourages play behavior and social development. These calves are more resilient to stress, have more cognitive and behavioral flexibility, and are more adaptable to new objects and situations.

Why does improved learning ability matter?

“We have high expectations for our dairy animals,” Van Os stated. Over a lifetime, calves and cows must adapt to different situations. When moved to a new housing environment, they must figure out where to find feed and water and where to lie down. They need to adjust to new rations and feed ingredients. There are also stresses that come along with being introduced into new social groups.

Once heifers calve, they also must adapt to the milking process. This could include learning a parlor routine or adjusting to automated milking systems.

“If animals are not equipped to learn and deal with these changes, they aren’t able to do their jobs,” Van Os said. “Learning ability is very important.”

While group housing may not be an option for every farm, Van Os said that pair housing is a good compromise between individual and group housing in terms of calf welfare and farm management. Best practices for pair housing calves can be found in this series of articles titled “Two heads are better than one: A starter guide to pairing dairy calves.”