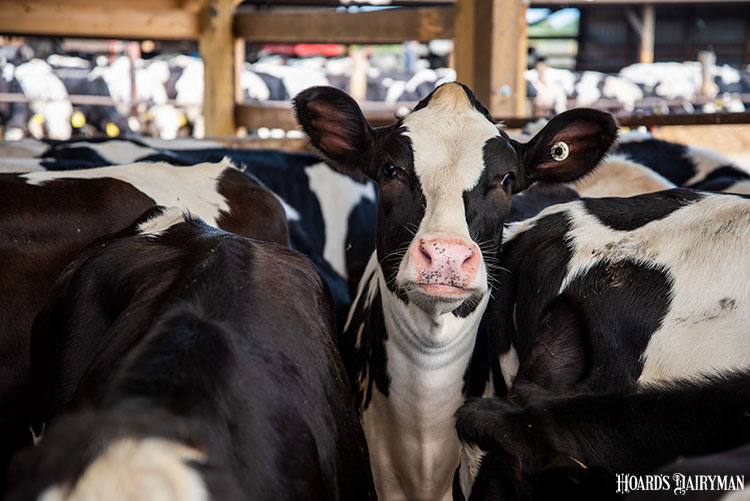 One of the three largest expenses on a dairy farm is raising replacements, and the greatest cost in that category is the feed it takes to get a heifer from birth to first lactation.

“It doesn’t matter if you buy it or grow it, or if you raise your own replacements or farm them out,” said University of Idaho’s Joe Dalton during the Dairy Calf and Heifer Association’s annual conference. “Feed is the largest expense of raising heifers.”

For this reason, a common objective on dairy farms is to reduce the number of days heifers are on feed, and the main way to do this is to lower the age at first calving. While a lower age at first calving often becomes the goal, Dalton reminded the audience what actually drives that benchmark.

To improve age at conception, Dalton noted that timing is important during each stage of the heifer rearing period. There’s the time it takes a calf to go from birth to entrance into the A.I. pen, and the time between entry into the pen and first insemination. Age at conception then drives age at first calving.

“There’s no reason why we can’t manage heifers in that immediate breeding period to gain an advantage on age at first conception,” he said.

He asked the farmers and heifer raisers in the audience to think about their criteria for moving heifers into the breeding pen. A big one is heifer development, which could be determined by age, weight, height, or a combination of factors. To assess these goals, a farm should have a way to measure growth. Facilities, animal flow, and personnel also factor into how soon heifers can be bred.

He also emphasized the need for farms to know their current heifer performance metrics. That way, they know where they are starting from and can set reasonable goals.

Dalton reminded farmers to focus on age at conception, not age at first calving, and strive to get heifers to this point sooner. He said it is important to recognize that a delay in conception not only elevates rearing costs, but it is a lost income opportunity when heifers take longer to enter the lactating herd.