By Ross Bender     Jason W. Haegele     Matias L. Ruffo And   Fred E. Below
Bender is a graduate research assistant, Haegele is a postdoctoral research associate and Below is a professor of crop sciences. All three are at the University of Illinois at Urbana-Champaign. Ruffo is the worldwide agronomy manager, The Mosaic Company, Buenos Aires, Argentina.

Biotechnology, breeding and agronomic advancements have propelled corn yields to new highs. Fertilization practices developed decades ago, however, may not match the uptake capabilities of modern hybrids that contain transgenic insect protection. These hybrids are also grown at higher population densities than ever before, further magnifying the importance of proper nutrient management.

A four-step process
As summarized by Tom Bruulsema and his colleagues at the International Plant Nutrition Institute, optimizing nutrient management includes using the right source and right rate, applied at the right time and right place - the 4R approach. Research pertaining to primary macronutrient uptake, partitioning and timing, though fundamentally accurate for previous hybrids and management practices, may be unrepresentative of modern hybrids in higher yielding environments. Therefore, the objective of our study was to determine how modern, transgenic insect-protected corn hybrids in high-yielding systems accumulate and utilize nutrients.

To gain a better understanding of the season-long aspect of crop nutritional needs, N (nitrogen), P (phosphorus), K (potassium), S (sulfur), Zn (zinc) and B (boron) were determined at six incrementally spaced growth stages. Our Illinois-based research trial looked at six hybrids ranging in relative maturity from 111 to 114 days. The varieties had genetic resistance to feeding from Western Corn Rootworm (Diabrotica virgifera virgifera), European Corn Borer (Ostrinia nubilalis) and other species in the Lepidoptera order. In all cases, hybrids were seeded to obtain a final stand of 34,000 plants per acre.

Agronomic management at planting included a soil insecticide and a broadcast application of 150 pounds of phosphate (P2O5) per acre along with 180 pounds of N per acre as urea. This was followed by 60 pounds of nitrogen per acre as Super-U (with urease and nitrification inhibitors) side-dressed at V6 (six leaves with collars visible) and a fungicide at VT/R1 (tasseling/silking).

Nutrient uptake and removal
Across the two sites in 2010, these transgenic insect-protected corn hybrids yielded an average of 230 bushels per acre (range of 190 to 255), and we will base our discussion of nutrient needs assuming these yield levels. To accurately measure the crop's nutrient needs, the entire corn plant was separated into vegetative components (leaf, stalk, reproductive and grain tissues). After that, nutrient contents were measured.

When developing fertilizer recommendations, two major aspects of plant nutrition are important to understand and manage in high-yield corn production including:

1. The amount of a given mineral nutrient that needs to be acquired during the growing season, referred to as "total nutrient uptake" or nutrients required for production.

2. The amount of that nutrient contained in the grain, referred to as "removed with grain." In corn production systems which only harvest grain, this represents the quantity of nutrients to be replaced with manure and fertilizer nutrient sources. Our grain nutrient concentration values, in units of pounds per bushel, are in agreement with those recently used by the fertilizer industry to determine replacement fertilizer rates. In the past 50 years, however, the quantity of N, P and K required for production and the amount of nutrients removed with the grain have nearly doubled across a variety of production systems.

Further improving nutrient management requires matching in-season plant needs with nutrient availability, a component of the right source applied at the right rate and right time. The maximum rate of nutrient uptake coincided with the greatest period of dry matter accumulation during vegetative growth (10-day period from V10-V14) for all observed nutrients. (See table below.)

Timing of nutrient uptake
Effectively minimizing nutrient stress requires matching nutrient supply with plant needs, especially in high-yielding conditions. Sulfur and N, for example, are susceptible to similar environmental challenges in the overall goal of improving nutrient availability and uptake. However, the timing of N uptake in comparison to S is surprisingly different, suggesting practices that are effective for one may not improve uptake of the other.

These data suggest that a season-long supply of P and S is critical for corn nutrition, while the majority of K and N uptake occurs during vegetative growth.

Unlike N, P, K and S, which have a sigmoidal (S-shaped) or relatively constant uptake pattern, micronutrients exhibited more intricate uptake patterns. Uptake of Zn and B, for example, began with a sigmoidal uptake pattern in the early vegetative stages and plateaued at tasseling/silking.

Thereafter, Zn exhibited a constant uptake pattern similar to that of P and S, while B uptake included a second major sigmoidal uptake phase concluding around denting (R5). Zinc and B favored shorter periods of more intense uptake in comparison to macronutrients.

During only one-third of the growing season, late vegetative and reproductive growth accounted for as much as 71 percent of Zn uptake. A similar trend was noted for B; as much as 65 percent of B uptake occurred over only one-fifth of the growing season. Matching corn micronutrient needs in high-yielding conditions clearly requires supplying nutrient sources at rates that can meet crop needs during key growth stages.

Nutrient management
Unlike the other nutrients, P, S and Zn accumulation was greater during grain-fill than vegetative growth; therefore, season-long supply is critical for balanced crop nutrition. Micronutrients demonstrated more narrow periods of nutrient uptake than macronutrients, especially Zn and B. As a percentage of total uptake, P was removed more than any other nutrient and suggests that soils could be rapidly depleted without proper management.

In a corn-soybean rotation, it is commonplace to fertilize for both crops in the corn production year. While farmers fertilize, on average, 93 pounds of phosphate for corn production, according to the Fertilizer and Chemical Usage Report from the USDA, the 80 percent of soybean fields receiving no applied P would have only 13 pounds of phosphate remaining. These data suggest a looming soil fertility crisis if adequate adjustments are not made in usage rates as crop productivity rises. This plant nutrition knowledge is critical in understanding our current nutrient management challenges.

As a result of improved agronomic, breeding and biotechnological advancements during the last 50 years, yields have reached levels never before achieved. However, greater yields have been accompanied by a significant drop in soil macronutrient and micronutrient levels. The latest summary on soil test levels in North America by the International Plant Nutrition Institute reported that a growing number of U.S. and Canadian soils have dropped to levels near or below critical P, K, S and Zn thresholds during the last five years. Soils with falling fertility levels coupled with higher yielding hybrids suggest that producers have not sufficiently matched nutrient uptake and removal.

Integration of new and updated findings in key crops, including corn, will better allow us to achieve the fundamental goal of nutrient management: match plant nutritional needs with the right source and right rate applied at the right time and right place. 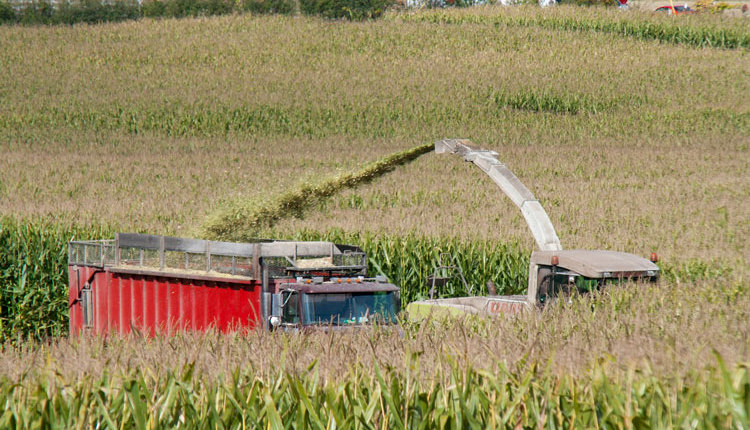 Corn crop — a rumen misfire for some?
Hoard's Dairyman Intel 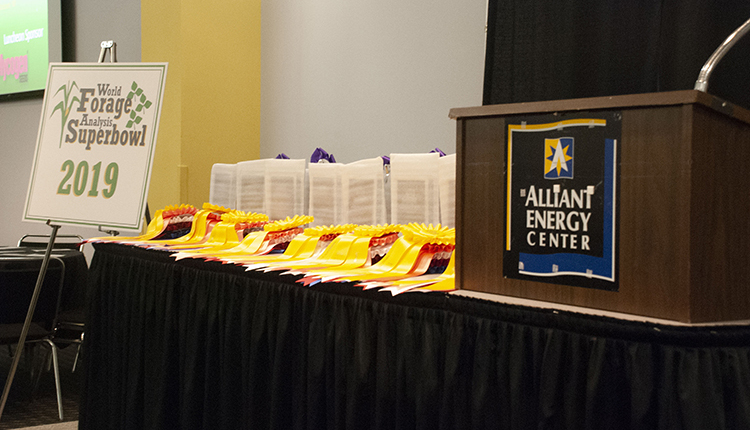 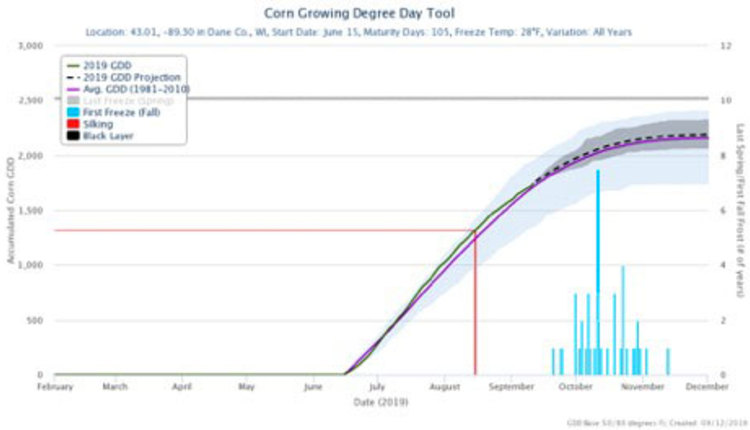 Less hardwood in your forage
comments powered by Disqus