The Mack and Behnke families come together to form Sunnyslope Dairy. 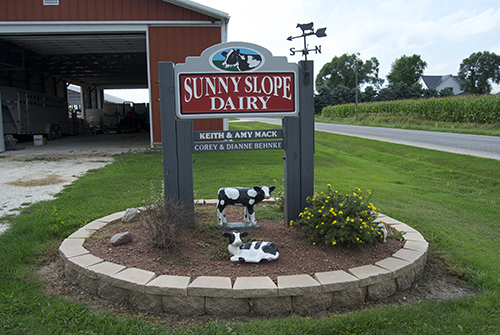 A desire to continue dairying brought the Mack and Behnke families together. When both Keith Mack and Corey Behnke's fathers decided to retire from the dairy business, they thought they would have a better chance of making farming work if they joined forces rather than going it alone. In 2004, they did just that and formed Sunnyslope Dairy in Reedsville, Wis.

Just as the farm is a blending of two families, it is also a blending of two operations. What is now Sunnyslope Dairy was originally Keith's family farm. Corey bought the cows from his parents and moved them over to Keith's facility. Corey originally had 80 cows and Keith had 180, but together they grew the operation to 400. More cows meant continual additions to the farm. They expanded their parlor from a double-8 to a double-10 in 2005, added 200 stalls to the main freestall barn in 2006, and remodeled the heifer facility. The families also crop 1,500 acres. 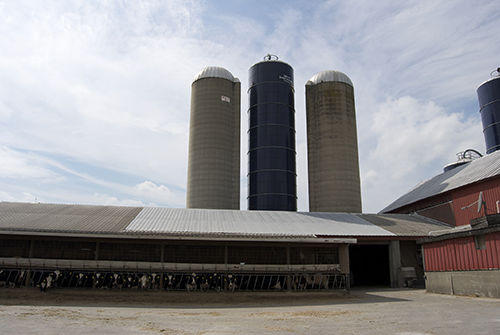 The partnership values sharing the workload just as they share the profits. Keith mainly does herd work and Corey handles feeding and taking care of the young stock, but even with their niches the pair maintains a balance. "It's 50/50. We both know everything about everything. If one leaves, the other knows what's going on," Keith said.

Keith and Corey worked together for a number of years doing custom farming before their partnership began. Continuing to work as a team has offered many benefits. "We can split the labor, we are more efficient, we have more family time and it may have been difficult to do it on our own," Keith said. The families are able to reap the benefits now, but a lot of hard work and collaboration went into the partnership. "It didn't happen overnight. We worked on the partnership for over a year and a half. We worked with a farm accountant and a lawyer so that we are both equal partners. Everything is evened out," Keith said.

The Mack and Behnke families have proved that persistence, hard work and collaboration can be beneficial. Their partnership has allowed their family legacies to continue for future generations.