The Apple did not fall far from the tree 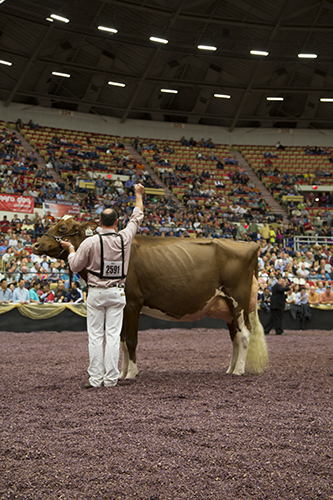 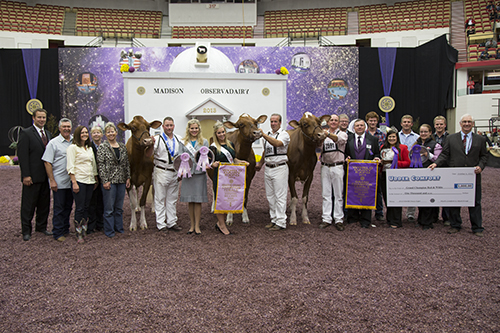 Apple 3 was the winning 4-year-old and was the Senior Champion for Westcoast Holsteins of British Columbia. KHW Regiment Apple-Red-ET was the winning 125,000 pound cow class winner and followed her clone in the reserve spot. Honorable Mention Senior Champion to Ms Candy Apple-Red-ET for Frank and Carol Borba and Frank and Diane Borba of California.

Serving as official judge was Michael Health of Maryland, assisted by Mike Berry of Oregon. They placed 250 entries over the two-day show. Premier Breeder was awarded to Milksource Genetics of Wisconsin. Premier Exhibitor went to Westcoast Holsteins of Canada.

In the Junior Show
In the Junior Show, Milksource LD Teagin-Red-ET, owned by Jordan Elmore and Kadyn Gibson of Kentucky, was awarded Junior Champion. Reserve went to Krull Larson Dirty Girl-Red, owned by Cassy, Bryce and Carley Krull of Wisconsin.