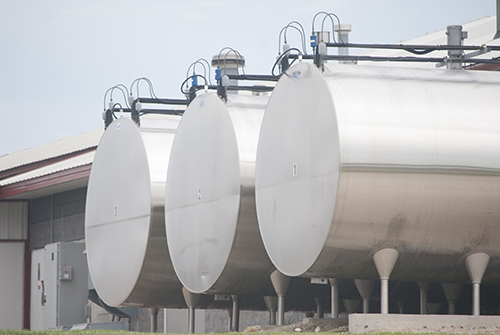 While milk production never really missed a beat in the U.S., even with last year's drought, the same could not be said for New Zealand and Europe. That was last year, and a new set of circumstances is reversing those trends this production season.

Among the world's major milk suppliers, only the U.S expanded milk flow in 2012. Last year, the U.S. boosted milk output by 2.1 percent. This year, milk production could rise by 1 to 1.5 percent.

In Europe, milk production started out sluggish this year, as milk deliveries were off 2.7 percent in the first quarter and 1.2 percent in the second quarter when compared to the same time last year, noted a report by the European Commission. Despite this downturn through the midpoint of this year, high milk prices and favorable weather conditions could cause milk production to finish the year on a positive note. Milk deliveries are currently forecast to finish the year up 0.2 percent, reported the European agency.

Meanwhile, the Daily Dairy Report's Sarina Sharp has indicated New Zealand's August milk production was up 9.2 percent over last year and that September and October collections could be 5 percent higher. Good weather and high milk prices have encouraged robust milk flow as milk production has ramped up in the Southern Hemisphere's spring production season.

At the moment, strong dairy demand and somewhat limited worldwide inventories have kept dairy prices relatively high. Where prices head as milk pipelines begin to fill up remains to be seen.