The recent major snowstorm in New York is a reminder to all in northern climates the dangers of heavy snow on rooftops. 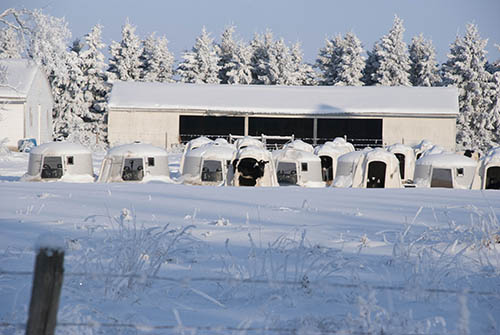 An early winter snowstorm dumped up to 7 feet of snow in parts of western New York, shutting down highways and stranding thousands. For farmers, feed delivery was halted and milk that could not be picked up was dumped. The worst reports shared news of barn collapses and animals that perished.

Curt Gooch, senior extension associate with Cornell University, says that building failure due to heavy snow can be a result of improper building design or construction, an imbalance of snow on the roof, or simply an amount of snow that exceeds the design's snow load.

In a wooden structure, audible or visual signs may be noticed prior to a collapse.
Creaking or moaning in the building or bowing of truss bottom chords, web members, rafters, purlins, headers or columns are all indications that humans and animals should be evacuated from the building immediately.

In Wisconsin, the state's Uniform Dwelling Code requires most homes to have a minimum snow load rating of 30 to 40 pounds per square foot, with greater requirements in the northern part of the state. Agricultural buildings, however, are exempt from this requirement.

To estimate the snow load on a roof, multiply the depth of the snow by the density. The approximate density for light snow is 5 to 10 pounds per square foot per foot of depth. For packed snow, it is 20 to 40 pounds; when packed with ice, 40 to 58 pounds; and all ice, 58 pounds.

If you need to remove snow from a roof, do so with caution. Falls from rooftops or ladders are certainly a danger, as is the risk of large amounts of falling snow. University of Wisconsin-Extension offers some advice when it comes to removing snow from rooftops:

For 58 years, she read every word in Hoard’s Dairyman
HD Notebook
Related to:
HDN, winter
In HD Notebook

Life is all about perspective
By Abby Bauer, Associate Editor