Siding with the truth 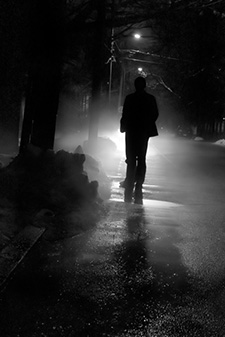 It's no secret that the Humane Society of the United States (HSUS) vehemently opposes animal agriculture. Their commercials and Internet videos depict livestock farms as horror houses where abuse and neglect lurk around every corner. However, a new video from the Center for Consumer Freedom has surfaced, exposing an even uglier side to this organization.

The video, which is about five minutes long, features a man who used to work for HSUS. As part of his first day of training, HSUS instilled in his mind how they really feel about farmers. To paraphrase, HSUS believes that farmers are mentally challenged rednecks that all deserve to be thrown in jail, and that every farmer has to be breaking the law because of the multitude of agricultural laws that are in place.

In order to get into a farm to start recording footage, the man would pretend to be desperate and would do anything to get a job. He, like all other HSUS investigators, was instructed to wait one to two weeks before wearing a camera (which is small enough to fit in a button). When case reports are sent in to the main office, words are twisted to meet HSUS's agenda; for example, if a row of pigs were to start yelling when the lights are turned on in the morning, it's because they are being abused and not because they just woke up. "Even though they weren't there, they want to be the final naysayers of what happened," he said.

While the blatant denigration of farmers is wrong, how they handle – or don't handle – actual animal abuse is sickening. The whistleblower was never once instructed to contact law enforcement in the event that an animal was being mistreated. Instead of taking initiative to ending animal abuse once and for all –which is what they claim they are all about – they are literally a party to a crime. Then again it is to be expected from an organization that allocates more time – and money – to taking down American agriculture than supporting actual humane societies, with a mere 1 percent of their budget going toward animal shelters.

As farmers and agriculturists, we cannot stand for animal abuse in any instance. That being said, we also cannot stand for the swaying of innocent hearts and minds by those who are bent on destroying everything we hold dear. The next time you see a commercial from HSUS portraying how much they care about poor and defenseless animals, change the channel. Their lies and hidden agendas do not deserve our attention.