For many people living in rural America, access to fresh and healthy food is hard to come by. 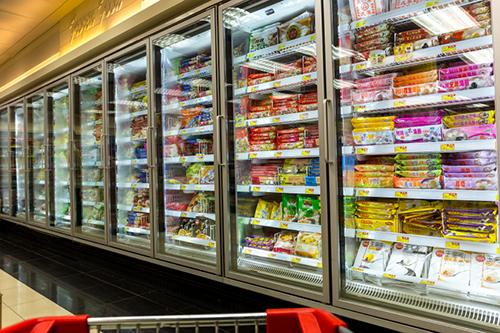 When I was growing up in the Central Sands region of Wisconsin, I lived 12 miles from the nearest grocery store and over half an hour from the nearest Walmart. My school district was the only one located in our county, and many of my friends lived at least 10 miles away. Since I was so used to having to travel at least 10 minutes to reach anything of importance, I didn't really think anything of long car rides just to go shopping for groceries.

However, many people living in rural areas have to travel even greater distances to stock up on food. According to the United States Department of Agriculture's Economic Research Service, food deserts are areas where limited income (poverty levels of 20 percent or greater, or yearly income less than or equal to 80 percent of the statewide median income) and low access (living more than 1 mile from a store in a city, or more than 10 miles in rural areas) combine to create a serious problem in obtaining healthy food. When all is said and done, more than 23 million Americans live in food deserts.

Other than gas stations and convenience stores, millions of rural Americans don't have a lot of options when it comes to obtaining wholesome and fresh food at a reasonable price. In some areas it isn't uncommon for people to live nearly two hours from a supermarket. If their closest town doesn't have a grocery store, they don't really have much of a choice but to go the distance. Big box markets have been partly to blame in the closings of many small-town grocery stores, as they can offer wider selections and lower prices than their smaller competitors.

Grocery stores are common gathering places and centerpoints for residents of small towns, and there is a sentiment that once a town loses its store, then the town will lose itself.

In order to address the food desert problem in rural America, grocery stores need to hold their own and open – or reopen, in some cases-in small towns that have been without a place to buy groceries. Prices at big box stores may seem lower, but when travel is taken into account it may not seem like such a bargain. Investments in our rural communities and local businesses need to be made, as our dollars have a much greater impact when spent closer to home.

Dairy can be part of a New Year’s resolution
HD Notebook
Related to:
HDN, consumers
In HD Notebook