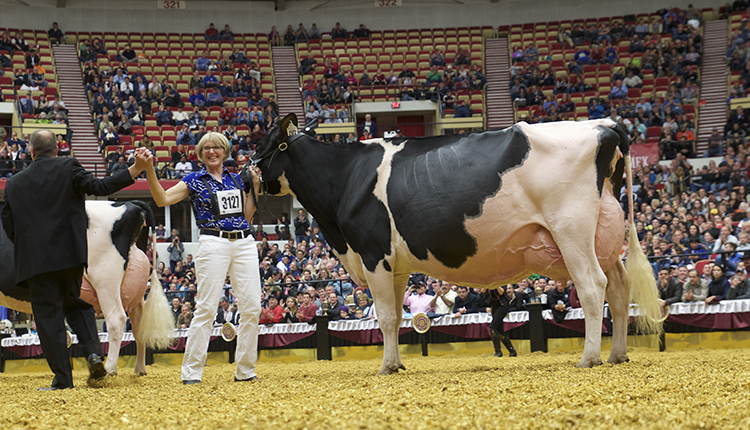 In the final breed show of World Dairy Expo, Sheeknoll Durham Arrow was named Senior and Grand Champion female of the International Holstein Show. The winner of the six-year-old and older cow class is owned and exhibited by Sheeknoll Farms of Rochester, Minn. Arrow also earned the titles of Champion Bred and Owned and Best Udder. 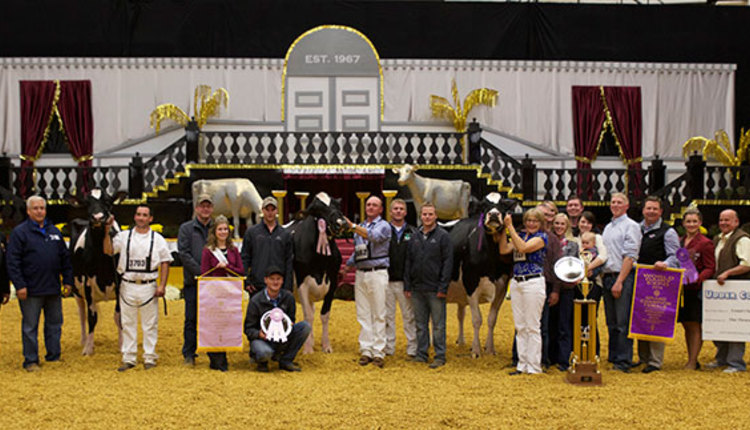 Grand Champions of the Holstein Show 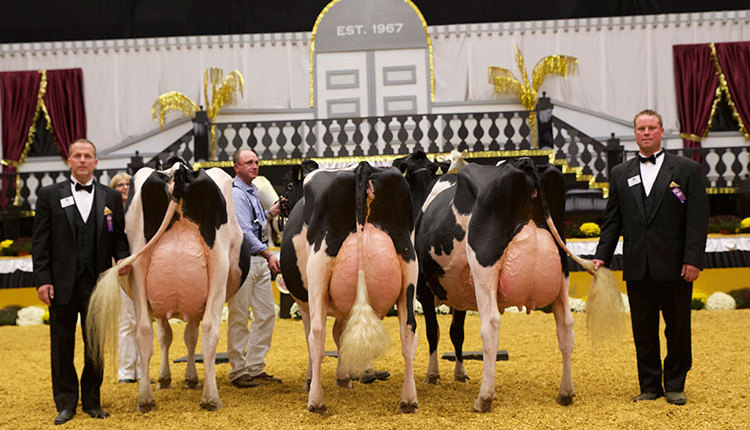 Hoards at Expo
Delilah does it again
comments powered by Disqus