A pair of tenth-lactation cows are raised to Excellent

Fresh less then a month, both calved before their 13th birthday.

By Corey Geiger, Managing Editor
In late December, the American Guernsey Association stopped by the Hoard's Dairyman farm to conduct an appraisal of all cows that had calved since October. Highlighting the stop were a pair of cows born 20 days apart in May of 1999. Both daughters of Lantz Farm Ambiotic Jackson, they each went Excellent 90 after calving in late November and December, respectively.

To be honest, we wish we had a barn full of these healthy, reproductively fit, and easy-to-care-for cows. They are well-balanced, moderate-sized cows that are fleet of foot. Both prefer to be left alone. In fact, it was a bit of a challenge to find them in the free stall barn to get them scored. Once we found them, one went EX-90 in the feet and legs, while the other went EX-91.

Their longevity is quite remarkable. Together they have produced 335,389 pounds of milk in their first 18 lactations, along with 16,337 pounds of fat and 12,233 pounds of protein. All told, these two cows have produced 43,089 pounds of cheese to date. Both cows were purchased a number of years ago during our herd expansion and bear the Maple Bud prefix.

Two other homebred Guernseys, that have been pictured, also were raised that day. 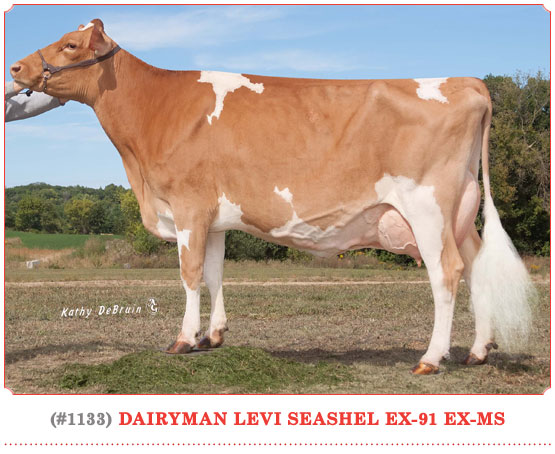 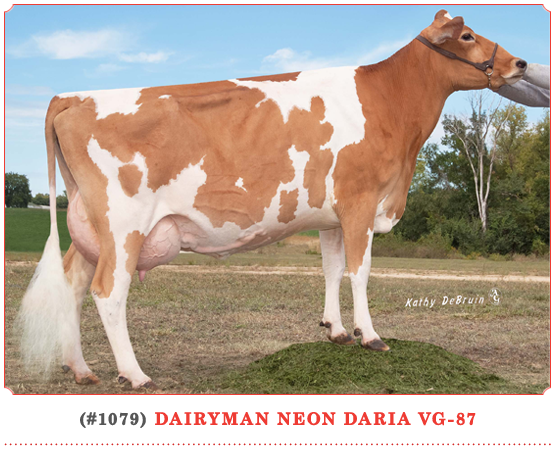 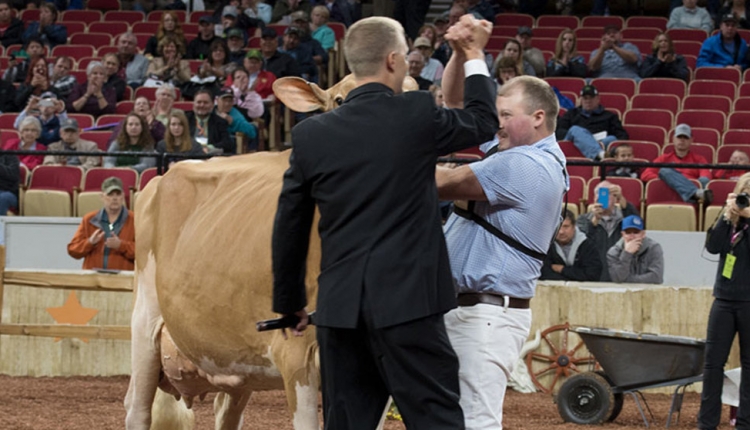