Is there a market for A2 milk?

A2 milk has become a topic of discussion among those involved with dairy cattle genetics. 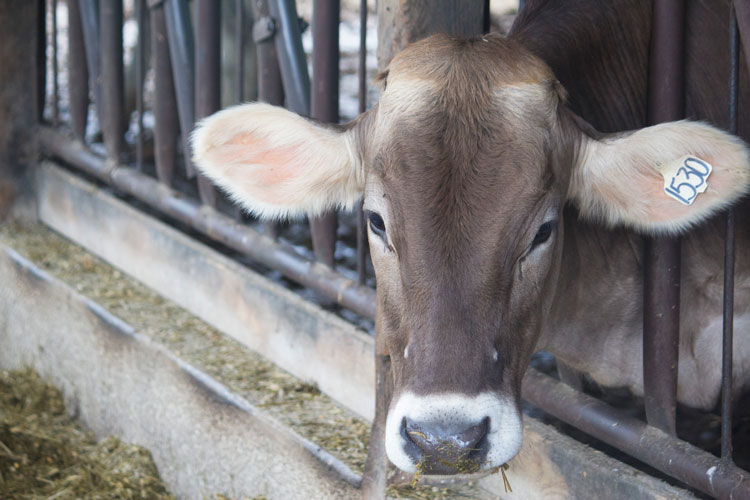 In recent years, the discussion on selling milk from cows marked as A2A2 positive has seemed to skyrocket.

A study suggests A2 milk is easier to digest for some people. According to an article published by the Canadian Dairy Network (CDN), difficulty digesting a protein in A1 milk occurs in about a quarter of people. Milk has two protein versions of beta casein, which are classified as either A1 or A2. The digestion of the beta casein is not the same in A1 and A2 milk because of a different amino acid in A2 milk.

After speaking with Brown Swiss breeders at the National Brown Swiss Convention this summer, I was intrigued to hear that some are getting requests from people for A2A2 genetics when marketing cattle. When looking at various breed bull proofs, there is an indication on whether the bull has been tested for this genotype, indicated as A1A1, A1A2, or A2A2. From a data chart made available by CDN, top breeds for this genotype (A2A2) include Guernsey, Brown Swiss, and Jersey cows.

As fluid milk consumption has seen a trend of tapering off in recent years for various reasons like milk digestion issues, the dairy industry can hone in on this product. However, a company that was founded in New Zealand, called a2 Milk Company, owns patents for the product but is now selling their milk in the U.S.

The question still stands on whether there will be a market in the United States for this specialty milk in the coming years. Will it catch on? Possibly…if the demand from consumers rises with additional studies proving there is a greater digestion ability with the consumption of A2 milk.

They’re finding the best in this
HD Notebook
Related to:
HDN, milk consumption
In HD Notebook

Bring consumers to your farm in a virtual way
By Elise Regusci, 2017 Hoard's Dairyman Editorial Intern