Pulling a rabbit out of the hat 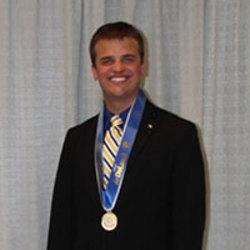 South Dakota State University’s mascot is the jackrabbit, and Kirby Krogstad hopped to the front of the 65-person collegiate pack to be named High Individual of the National Intercollegiate Dairy Judging Contest held at World Dairy Expo.

There is the old adage that the winning individual needs to have a very consistent day, and not “botch” any classes (suffering a significant point loss). But, Kirby pulled the proverbial rabbit from the hat when he overcame a placings score of 29 in the Guernsey fall calf class.

“I thought ‘There goes my top 15 individual placing,’” commented Kirby discussing his feelings when the official placings and cuts were shared for the Guernsey heifer class. “I did the same thing at a contest earlier this year – missing one class – and I thought it was going to hurt me overall.”

As the momentum was building as the top individual names were being read by contest superintendent, Corey Geiger, there was some shifting in Jackrabbit seats as Kirby’s teammates had figured out he was going to win the contest. Kirby, however, did not seem so sure. Geiger commented, ”Kirby had that look of husband witnessing his child for the first time – amazement and wonderment for what was before him as I read his name aloud.”

Kirby said of the moment, “My teammates had calculated the scores, and they were telling me what my score was. As the countdown was happening, my score was still higher. Then, they got down to three and two and one. I couldn’t believe it that it was my name they called in first.”

Krogstad was the second Jackrabbit to be honored as high individual. Wisconsin-native and South Dakota State University graduate, Tina Vilter McDonald, achieved that honor in 1990, when she led SDSU to a second-place finish.

Nittany Lions roar to the top

It was a well spread-out contest for hardware. Seven different universities claimed the eight top sub-category team awards in the college contest. So, it was really anybody’s guess what team would land at the top.

University of Minnesota was a team of talkers, as they won the David P. Dickson Award for top team in oral reasons and placed sixth overall.

The Badgers of the University of Wisconsin-Madison topped the Milking Shorthorn breed and finished seventh. Rounding out the top 10 teams were Cal Poly, Iowa State, and Michigan State. 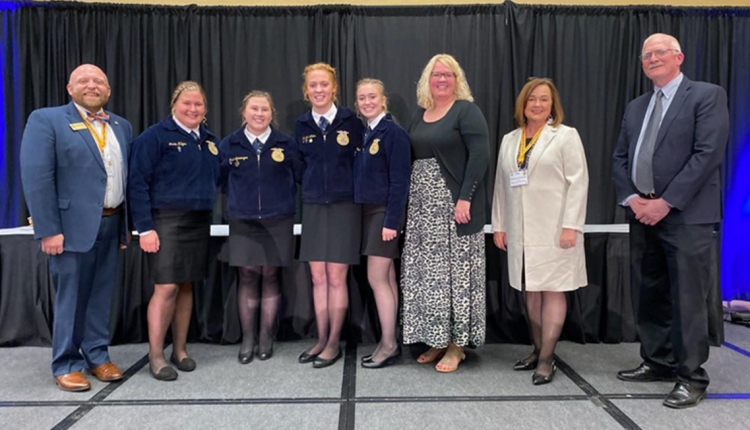