I threw a wrench in my family farm

Working with family isn’t easy, but it’s an undeniable gift. 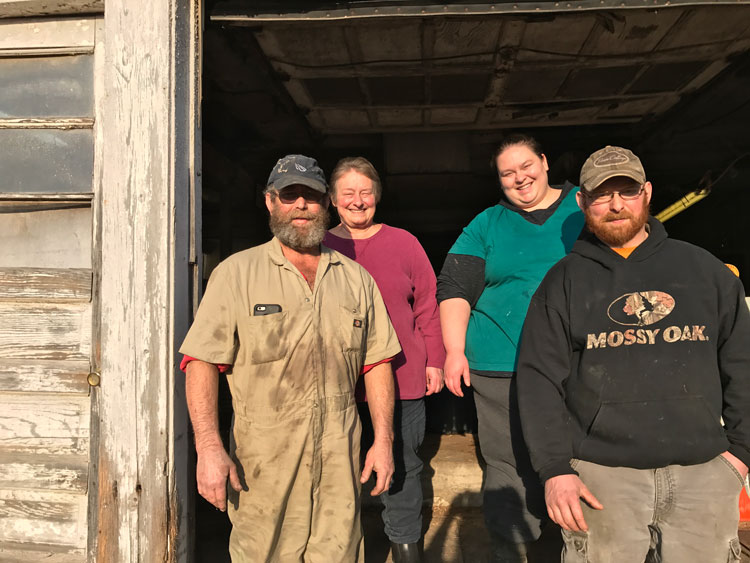 I am blessed to be among the 97 percent of dairy farmers who get to work with their family every single day. They know me better than anyone. They know not to take my annoyed, kind of rude comments to heart when I’m “hangry,” and they understand that they may need to pick up the slack when my knee is extra sore. We still celebrate every birthday together, schedule family dentist appointments with each other, and occasionally all go out for ice cream at the end of a long summer day. Growing up, working for my parents was easy, but seven years ago coming home to work with my parents was a whole different story.

I’m going to be completely honest with you, for a while, it was bad. Tears and feelings of complete inadequacy became a daily routine. Somehow, I was taking all their criticisms too personally while at the same time finding a way to shoot rude and demeaning comments back. It’s amazing how those mean thoughts that we are able to mute in our heads when talking to other people just fly out of our mouths when we’re talking to the people closest to us. Eventually, I was forced to make a choice – them or me. Someone had to change. Then, the most wonderful analogy came into my life in the form of a wrench.

Say there’s a wrench on the ground between me and my dad, and he says, ‘Jess, pick up that wrench.’ I can choose to take that one of two ways: 1) Why would he say that? Does he think I’m not going to pick the wrench up? Like I’m just going to leave it there like an idiot? Does he think I’m an idiot? Or 2) He’s just making sure I pick up the wrench. The key phrase there? I can choose . . .

It changed my world. The little nagging things that I was taking so personally wasn’t him making a power play, it was me taking it as one. Changing the way I reacted to those little comments completely transformed the game. The arguments became constructive instead of just yelling matches and issues were resolved.

I didn’t end my day feeling frustrated and hurt because I wasn’t; I was able to separate personal from business and my relationship with my family reflected that. I know that some families have real issues that can’t be solved with a hypothetical wrench, but in my world, family is family. Dairy farming is already ridiculously hard work, having to do it without my family wouldn’t be ok.

Back to the basics
HD Notebook
Related to:
HDN, rural America
In HD Notebook