The development of young talent takes time and dedication. 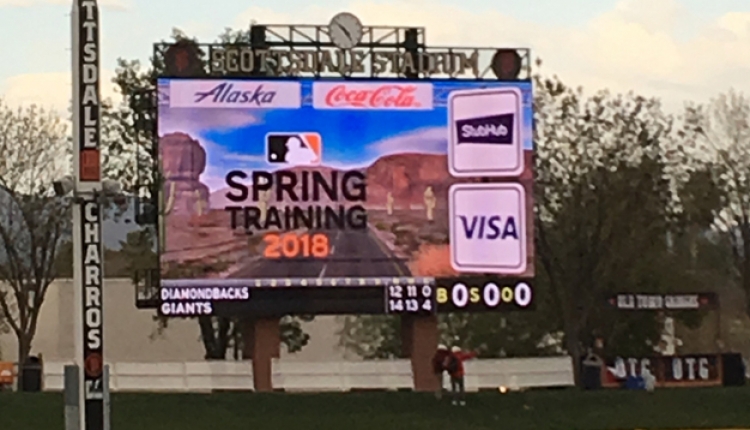 Each spring baseball players and prospects display their skills in the hopes of making a major league roster. There are a limited number of positions available so not everyone makes the team and participates at the next level.

That’s similar to dairy judging, where a team consists of a few even if the starting pool contains dozens.

Older players display experience, but younger players bring enthusiasm. While the team eventually will be narrowed down, there is benefit to having all ages learning side-by-side. The experienced ones guide the novice in their development. Then, when the time is right, they are ready, too.

Baseball is a team sport, and so is dairy judging. While members individually judge the classes, their total team points determine the overall winner. Each baseball player has statistics, but a team victory is the goal. Having a strong player is great, but you need a supporting cast – both in performance and camaraderie. Watch a star player be interviewed after an incredible personal game; they often comment that they would take a team win before personal accolades.

Players and dairy judgers alike need to be supportive of each other and work as a team, so each individual can achieve their best play. When all are working together to a common goal, a great synergy can be formed, thus creating a whole that is greater than the individual parts alone.

Those early baseball games determine skills at the plate and in the field. Understanding the rules and situations prepare the player. Their reactions in fielding the ball – how many outs, score of the game, who’s batting in the next inning (run-scoring potential), how fast is the lead runner, or how slow is the batter? Where does the fielder choose to throw the ball? It depends on all those inputs and their split-second decision-making. And when the next batter approaches, another set of circumstances arise.

Dairy judgers also go through similar situational events – the best-uddered cow has horrible legs, the most correct heifer is overconditioned, the most structurally correct cow is stale. As a contestant, we hope for logical classes, but sometimes there are curveballs like those listed above. Youth use their best judgment to rationalize their final placing. There is a time limit, so they, too, are under pressure to make a decision. How they react helps the coaches in their selections.

While the baseball team manager is knowledgeable, he or she cannot help each player in all areas and therefore relies on assistant coaches. The same can be said for judging, as some leaders seek advice from those skilled in cattle evaluation or delivering oral reasons.

In the perfect world everyone tries hard, learns a lot, achieves their goal, and has fun. That isn’t reality. There are the winners of the game, the losers, those on the bench that did not get to play, those in the stands who did not make the team, and those that just don’t care. Yep, each of those groups exist in dairy judging as well.

I believe in the big picture goal – shifting those groups as the years advance. Those that did not win, learned from their experience and achieved their own success. Those on the bench were finally able to show their worth and took the field. Those that were cut early, dedicated themselves to practicing and made the roster. And maybe the toughest one of all – those that didn’t care, see the fun and value of teamwork, and decide to give it a try. The cycle would repeat, and shift ahead. I realize that is too idyllic, but the underlying motivation is to develop talent in whatever form it eventually takes.

Our next webinar: Consultant Jack Britt will present “Dairying 50 years from now” on Monday, March 12, at noon (Central time). Dairying will change greatly by 2068. Climate and populations will shift where farms are located across the globe. Technologies associated with robotics, epigenetics, and microbiomics will improve cow health and double yields of milk solids. The webinar is sponsored by DeLaval Inc. Register here.