The Rubik’s cube of dairying

Seek outside advice when you are at an impasse. 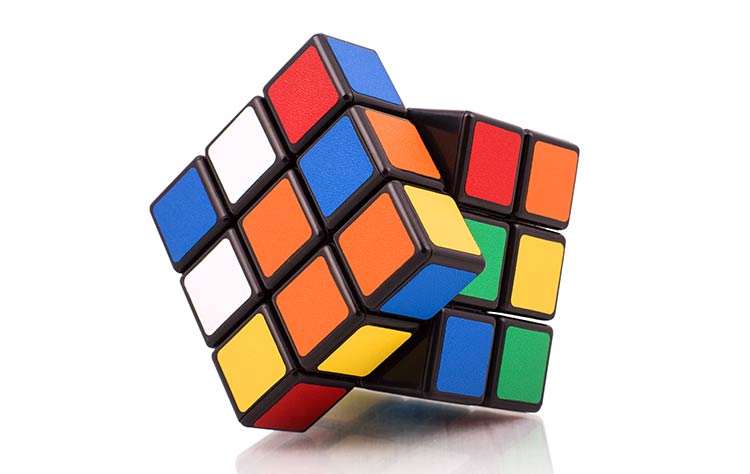 One Christmas I asked for and received a Rubik’s cube – the three-dimensional puzzle. The first thing I did was tear open the packaging, shuffle the color patterns, and toss it to my dad.

He moved a few wedges, but did not find the cube engaging. He then passed it back to me – unsolved. That night, I fussed with the toy, and for weeks I tried to “solve” the mind-challenging game. Then one night, lying on my back, I solved the green side. I cheered, and I am sure my family thought the house was on fire by the intensity of my enthusiasm.

I only had one side; there were five more to solve. How was I ever going to get that done when getting one side had taken me months? My best friend from elementary school also had a Rubik’s cube. She said her brother read the book on how to solve it and he taught her. So, one weekend, I stayed at her house, and she passed along her knowledge.

The mastery of the once unsolvable contraption was broken down to about half a dozen steps. She taught me the first sequence, and I repeated it over and over until all of those middle blocks were in place. It was an exercise in muscle memory as I repeated those steps – to the point I could carry on a conversation and my hands would continue to move the pieces in place.

After I mastered that segment, we moved to corner pieces, and later to the lower-center piece. The specialized combination of moves allowed the color schemes that I had completed to stay in tact while the next cube color would find its home. I solved the cube dozens of times that weekend. Once I knew how to solve it, I wanted to do it over and over again.

As dairy producers, we try to manipulate pieces in our management program every day. Can adjusting the feed ration, increase milk production, while not hindering components? Will pasteurizing waste milk lower days to weaning and will that translate into enough in savings to justify the expense? Will using a heifer grower provide additional space to lower stocking density and provide more time for employees to focus on the milking herd without sacrificing heifer care?

When these scenarios are tried and if they are successful, you can move onto the next “layer of the cube.” If not, you start over and try a new series of steps to try to make your operation more efficient without sacrificing animal care.

On a Rubik’s Cube, trying new moves can be disastrous if you are just moving wedges for the sake of just twisting pieces – like I did on the very first night I received the cube. I did not know how to solve it. I just acted before I thought about the consequences. Then it took me months to get just one segment back to normal.

The same can be true with haphazardly making changes on the farm without forethought of the consequences or evaluation of their effects.

Once I consulted someone who knew how to solve it, the cube no longer was an aggravation. Sometimes we struggle needlessly when there is someone out there who can help us. There is value in thinking through scenarios and trying them yourself, but when you are not making progress, it is time to make a change and seek outside council, just like I did when I asked my friend to teach me solve the cube.