I heard you; I think I know what you meant

Communication should minimize the need for interpretation. 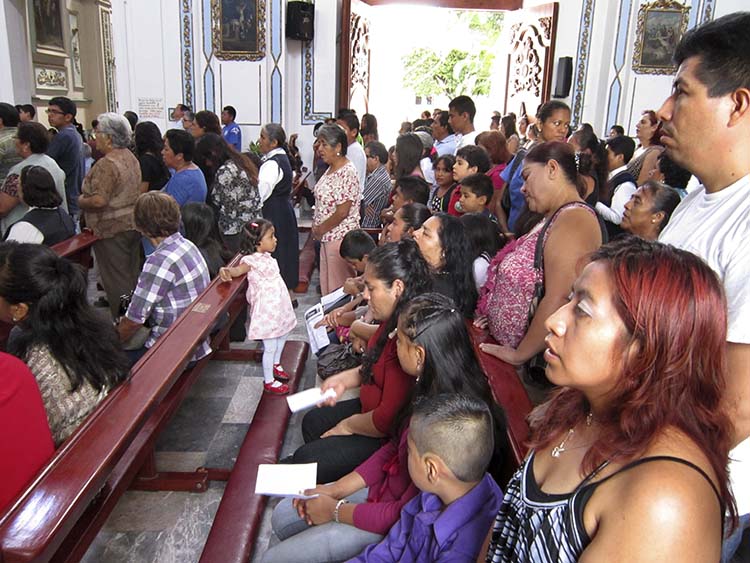 During last weekend’s holiday, I spent time with my out-of-state cousins. Because of our chatting, I did not make my regular Sunday mass time. The only services available in the area were in Spanish. Since I had six years of formal Spanish education, I figured, I could get by.

As many often discover, learning a foreign language in a formal setting, such as school, does not usually encompass words commonly used in church or on the farm. I was doing pretty well because I was able to follow along in the missal. I was always better at reading Spanish than hearing it. When it came time for the homily, which the priest delivers without any written words to follow, I struggled. I understood the majority of the Spanish mass because the English service is routine to me. However, I listened diligently to the words in his Spanish homily to understand his message.

So often when we are used to a given format or set of procedures, we forget to really listen to what is being said. That can apply to a teacher going over a chapter or an employer providing updates to protocols on the farm. While they may not be speaking another language, we might tune them out because we think we already know what they are going to say. We follow-up the conversation with an “okay,” or an “Amen” in this case.

As things change on a dairy operation, how often are the employees really listening to the changes, or do the words sound like Charlie Brown’s teacher . . . all just garbled noise because we think we have already heard it before. Listening in a new language, setting, or mindset may create a greater understanding of the message.

If the priest did not give his homily in English, I would have been left to fill in the blanks between “lies” and “coldness” and I would have missed the message. Are your employees just filling in the gaps (language barrier excluded) when they do not understand? Could that be causing a breakdown in communication that leads to greater problems?

Join us on December 10, 2018 for our next webinar:"Cutting feed costs without cutting milk"presented by Bill Weiss, The Ohio State University

Bill Weiss
It is easy to cut feed costs, but it’s harder to cut costs without sacrificing milk production. This webinar will discuss controlling expenses by selecting cost-effective ingredients, grouping cows correctly, and formulating diets to provide adequate nutrients without over-formulating the ration. Register here for all webinars.

A showring recap from a 4-year-old
HD Notebook
Related to:
HDN, employees
In HD Notebook