Confessions of a dairy bowl junkie

Knowledge-based contest at the age of nine shaped my life.

I admit it. I am a dairy bowl junkie. I love watching the competition. It could be youth or adults pressing the buzzers; it does not matter. For some reason, listening to all the fascinating information that relates to cows, dairy products, and history of our industry gets me excited.

My first experience with dairy bowl was as a nine year old. Our state was having its first contest. At that time, there was only one division – the senior division, where most of those competing were high school students. I asked if I could watch the contest when the convention was held a few months later. So, I sat in a huge ballroom by myself with a handful of audience members as the questions were read. In my little blue spiral notebook, I took notes. I can still remember a few of those first dairy bowl questions I heard.

Obviously, that experience left an impression on me. The next year, the state contest had a junior division, and I was on a team with three boys from my county. My mom coached us (and others in our county) to the first of many state titles over the next two decades.

When my years of competition eligibility expired, I read magazines, summarized articles, and wrote questions for teams that my mom coached. I graduated from college and moved 3,000 miles from my home state. I still wrote questions. My coaching career officially began when a friend (a junior member that I met at a National Holstein Convention) who lived in the neighboring county, asked me to assist him because there were so many young people wanting to participate in dairy bowl. So, we divided responsibilities among four coaches for 16 youth (4 teams) and had regular evening practices. Those youth did well, but what is really cool is that some of them became coaches themselves, going on to coach a national-winning dairy bowl team and parent of nationally-recognized Holstein youth. Perpetuating the passion to the next generation is what drives me. Many of the coaches today were competitors themselves at one time, so they too, want to share the benefits of dairy bowl with others.

When I moved to another state a few years later, I was asked to restart their county dairy bowl program. Explaining to 10- and 11-year olds what dairy bowl was when they had never been exposed to anything like it was a challenge. The first few years were rough. Our two county teams that competed at the state contest each year did not win a single match. Most were not even close. Finally, in the third year, they won a match. That one match jump-started a positive trend in the county that continues today.

The first dairy bowl team that I coached that won a match in 2006.

Can’t get enough
So, last weekend, I drove two hours to watch dairy bowl. I did not have a team competing, I just wanted to watch, listen, and observe. I could read the summary of the event online or in print, but it is just not the same. I wanted to soak up the ambience – to be excited about the young people that we have entering our industry. Was it different not coaching a team this year? Somewhat. But, I still get butterflies for the teams competing when the scores get tight.

Yes, I am a dairy bowl junkie. I am grateful that our state began a program while I was young enough to compete. I am glad the national contest started a junior division in 1986 and that I was able to compete in its inaugural year. I am thankful to my mom who served as my coach for all those years and to my dad who taught me all the on-the farm things that got me correct answers that I would not have found in my study material. And, I am thankful to my teammates who made the experience so fun. I do not see them often, but we talk about dairy bowl times when we do.

So, while most see dairy bowl just as a contest or entertainment, I see it as integral part of the person that I have become decades later. It shaped my study habits and taught me how to learn. And, I in turn could then teach others – whether it was a teammate, a youth I coach, or a college classmate needing some extra assistance in genetics or reproduction courses. 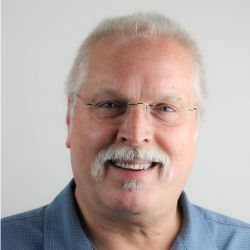 Dairy policy analyst, Mark Stephenson from the University of Wisconsin-Madison, presents “The dairy situation and outlook for 2019” on Monday, January 14 at noon (Central time).

For the past four years, dairy markets have been stuck in a relatively small range of prices that don’t cover the full costs of production for most producers. Will 2019 be the breakout year that we hope it is? We’ll examine the market fundamentals we face and see what’s in store. Register here for all webinars.