Heat stress during the dry period impacts more than the cow

Climate impacts her next lactation, the developing calf, and subsequent generations. When it is hot outside, the future of your herd is impacted — and that is not just while the temperature is elevated. Geoff Dahl, University of Florida, has extensively studied heat stress, especially in dry cows and the long-term impacts on the cow and her offspring. He shared his findings and other research in the webinar “Heat stress affects dry cows and calves.”

For the cow
Heat stress impacts the dry cow by reducing milk yield for the entire subsequent lactation, suppressing response to metabolic diseases post calving, and lowering overall immunity. A typical production loss is 10 pounds per day. Cows studied were of the similar genetic make up, so that component did not factor into the decreased production.

“Cows get hot and stay hot,” remarked Dahl. “Humidity is the real killer. It is difficult to get rid of heat.”

When Dahl investigated why production suffered, he found that the secretory (epithelial) cells and stroma cells in the udder are more numerous in cooled cows. The epithelial cells are milk-producing cells, and this results in more milk in lactation.

In addition to the udder dynamics, heat-stressed dry cows consume fewer pounds of dry matter, which also leads to less milk production in lactation. Neutrophils help cows fight disease by engulfing pathogens in the body. In cooled cows, the neutrophils have a more robust response during phagocytosis.

Dry cows that are cooled have improved reproduction. That includes metrics such as days to pregnancy and number of services per conception.

For the calf
The calf that results after a heat-stressed dry period will be carried for less days, be born at a lighter weight, have sub-average reproductive efficiency, and will produce less milk when she develops into a cow.

This cycle continues to the next generation as well. Calves born to heat-stressed dry cows will not “catch up” to their herdmates as calves, young stock, first-lactation cows, or even as mature ones. This trend is generational, and epigenetics is taking place. The genes are not changing, but the expression of them is what has changed. So, it is important to break the cycle now.

“None of the outcomes of heat stress are positive,” concluded Dahl.

The webinar is sponsored by TechMix and can be found here. Previous archived webinars are found at www.hoards.com/webinars. 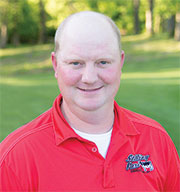 Join us for “This award-winning herd shares their reproductive strategies.” on Monday, March 11, at noon (Central time).

Brian Schilling from Schilling Dairy of Darlington, Wis., will highlight key aspects of their reproductive program, which has led to a 42 percent pregnancy rate and more Dairy Cattle Reproduction Council awards than any other herd. Their veterinarian, B.J. Jones of Center Hill Veterinary Clinic, will also share insights from his work with this herd and others over the years.