Daring to be different

Any time activities are different than our routines, it is our human nature to get a little anxious.

This summer as part of the International Dairy Judging Trip in Europe, youth participated in two contests. The first was at the Royal Highland Show in Scotland, and it was detailed in an earlier blog. There were several differences in that contest from what dairy judging contests are like in North America, but youth still judged four cows in a class and gave reasons.

However, the second contest was not similar to either format. It took place at the Charleville Show in Killarney, which is in the Republic of Ireland. Holsteins were the dominant breed being exhibited. Class sizes ranged from a half-dozen to 22 in the fall calf class. Four classes were evaluated and no reasons were given. 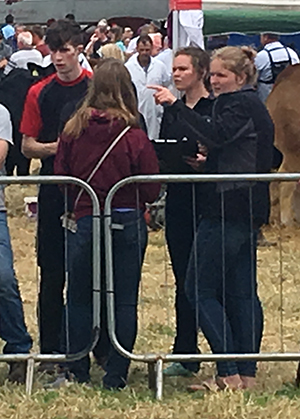 At this contest, teams judged as a team – not as individuals. Each team was given four placings cards (one for each class) with six empty boxes. Team members worked together and talked about each class among themselves. They needed to jointly select the top six animals and place them in the correct order if they wanted the full point value of 600 per class.

This was quite a challenge, because as I mentioned there were 22 calves in one class. Each exhibitor leading an animal had a number on their back, but it was not always easy to see as cattle circled the arena. The official judge of the show was inspecting the animals at the same time. However, he did not make any pulls of his top animals until the time had expired for the youth to turn in their cards. In that regard it was similar to “rail-bird” contests that are held at some shows to engage the audience to match their skills to the official judge. 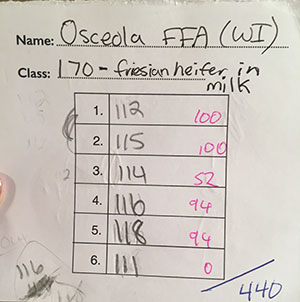 Card for each class.
Card returned to team at end of contest.
As someone who has been marking a judging card and served as a tabulator in a contest, I was curious on how this contest would be scored. How could you create cuts, and how do you do that with six animals.

Well, it turns out to be quite simple. It is based on a grid. The judge determines the “cuts,” which really are not cuts but points for the correct placing of animals. For example, if you put the first-placed animal in the first position, you got 100 points. In this example, if you placed her second, then you received 95 points, because the judge thought it was a fairly close placing. You received less points if you had her in third, fourth, fifth, or sixth. If she was not in your top six, then you receive a zero for that placing. 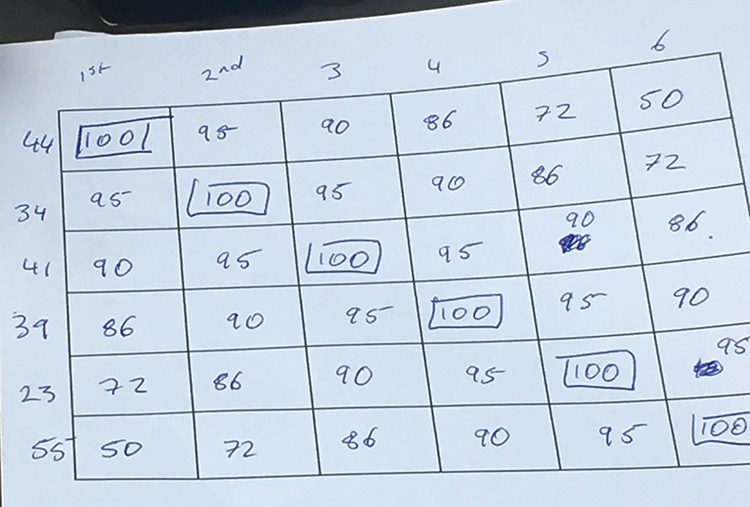 If you placed the second-placed animal in second, you received 100 points, but if you put her in first, then you received 95 points and putting her third got you 95 points. And putting the sixth-place heifer in first gave you only 50 points. Each of the six animals has a maximum score of 100 points and a total of 600 for the class. 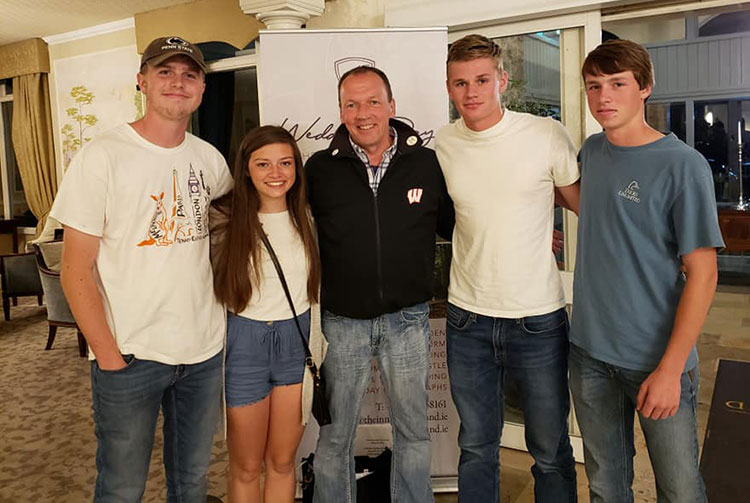 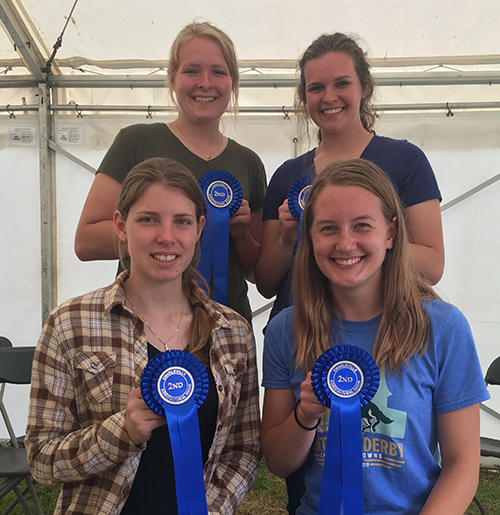 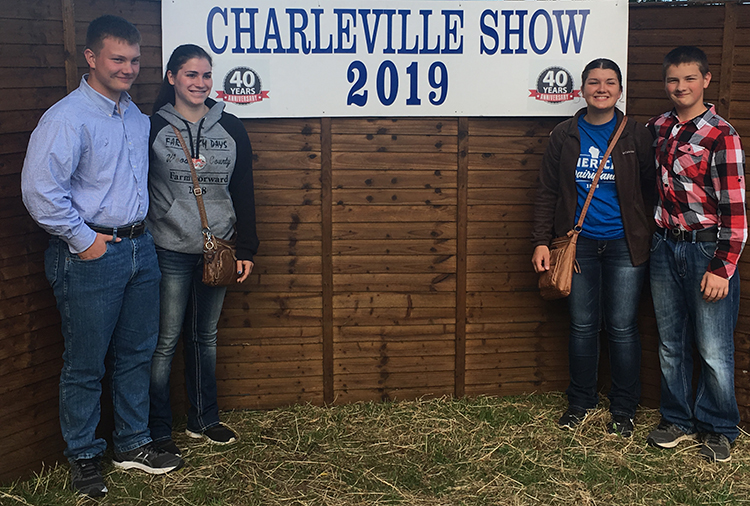 The benefit of this type of contest is that it can be done at most shows. And, the more experienced team members can also serve as mentors as the members discuss their top selections. The group must come to a consensus on their top six placings and the correct order, so input is needed from all team members.

While I do not see this format taking hold here in the U.S., it could be a way for teams to practice at shows without having a coach pick out the four head in the class to evaluate. Students could be paired so two or more of them could discuss the placings before submitting their joint decision.

If you missed the previous blogs, you can find them here.

• When all’s tallied, it’s two for a team

How my Jerseys help me think outside the box
HD Notebook
Related to:
HDN, youth
In HD Notebook