Using their tools to craft a topline

By Patti Hurtgen, Online Media Manager
It was the first event held on the grounds, youth competed in the 2019 World Dairy Expo Fitting Contest on Sunday morning. There are two age divisions – intermediate and senior. The intermediate division is for youth from ages 13 to 16, while the senior division is for ages 17 to 21.
Additionally, there are different divisions for male and female competitors.Each contestant must bring an animal to be prepared. It can be an animal entered in the show or one that sells in one of the breed sales. Only the animal’s head and legs can be clipped prior to entering the contest. Each contestant must also supply all of their fitting supplies. 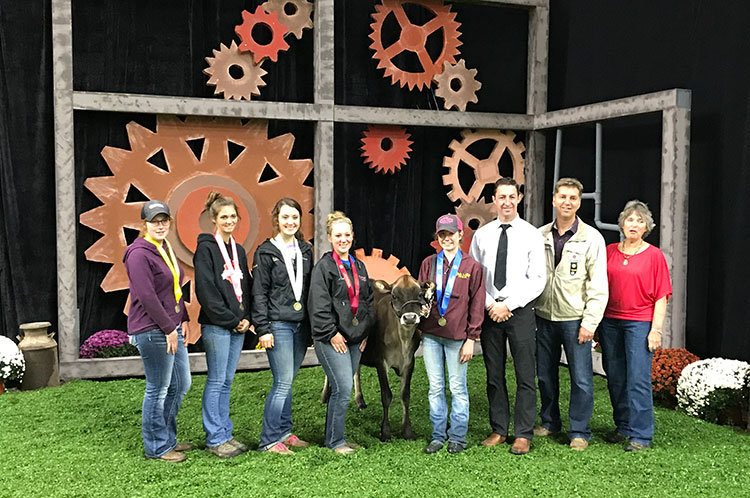 Top 5 Senior Female Fitters with judge Adam Hunt, World Dairy Expo President Bill Hageman, and Rita Long, Heiniger Shearing Equipment, sponsor representative.
Young women from northwest Wisconsin captured most of the top spots in the contest. The top senior female was Hannah Nelson of Ellsworth, Wis. Hannah finally earned the blue ribbon she set her sights on years ago. She has entered the contest before, placing 4th in 2018, 2nd in 2017, 2nd in the Intermediate division in 2016, and 8th in the intermediate division when the two genders competed against each other in 2015. 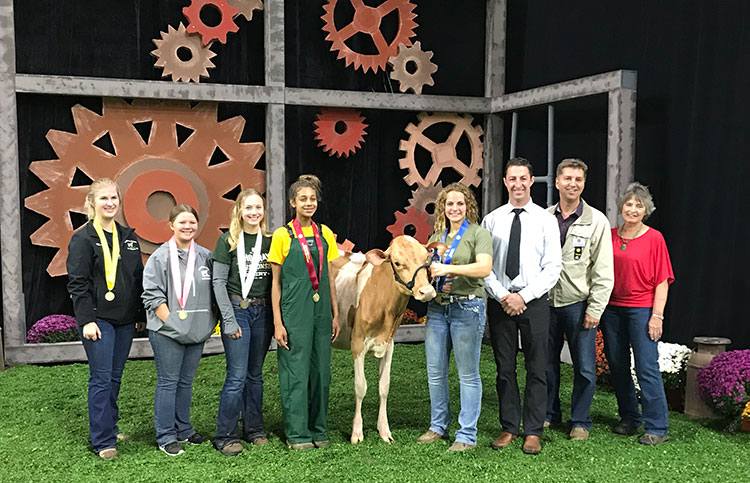 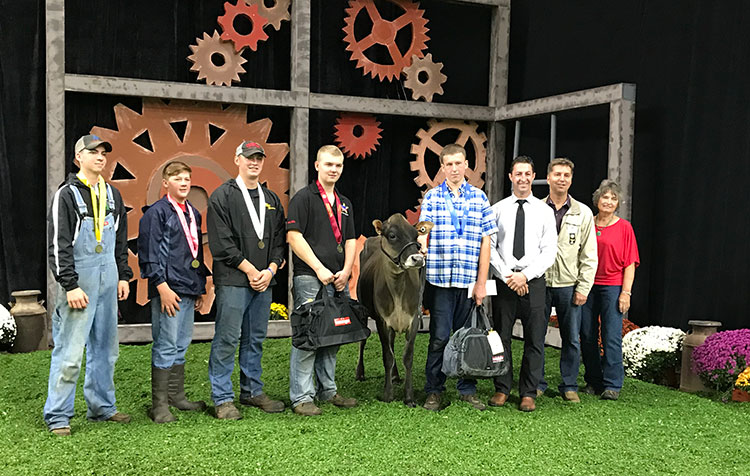 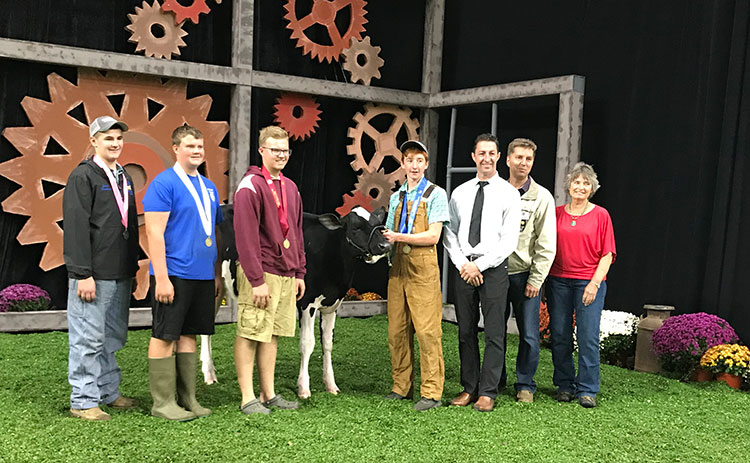 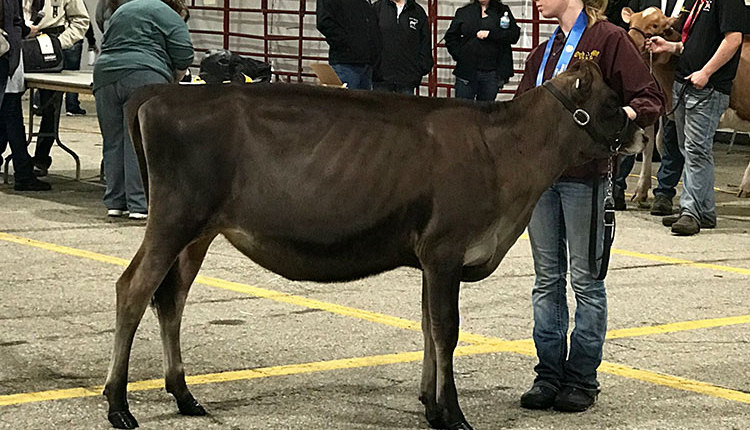 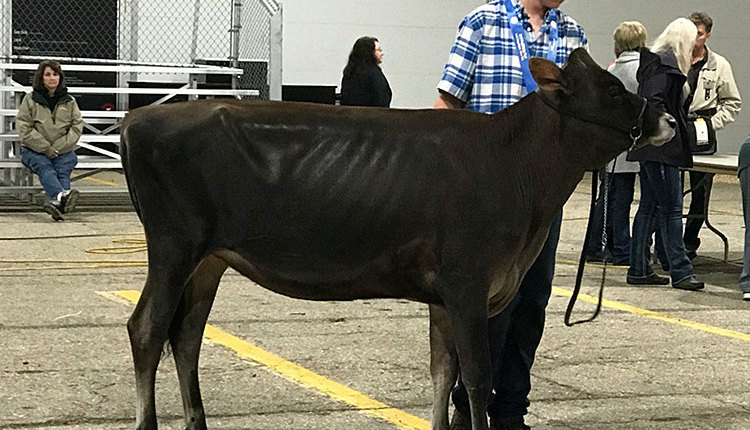