A break in the milking routine

Dairy cows must be milked every day, but one European study found an effective adaptation to the normal milking schedule. 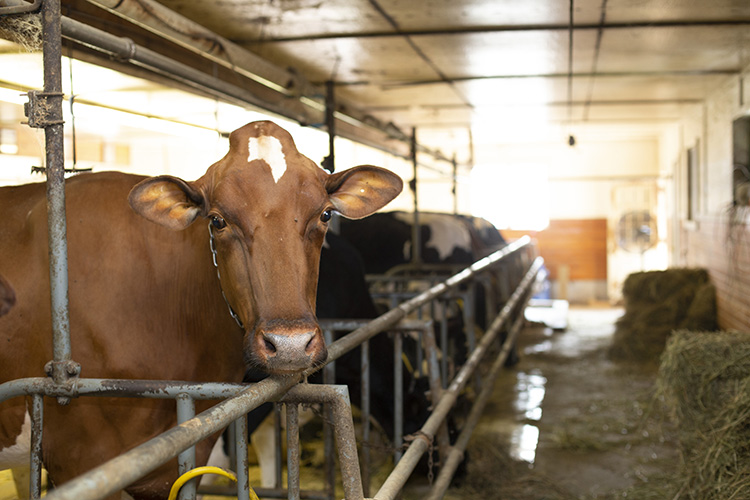 Many of you come from small dairy farms like I did. For some, family members make up the entire labor force that must complete the daily work associated with dairy farming. If you don’t have any employees or back-up help, it can be very difficult — if not impossible — for some farmers to even miss a milking.

I often think of my farming family members who rarely get a break. I’ve always been slightly jealous of the grazing, seasonal breeders in New Zealand who switch to once a day milking once their cows get later in lactation. Although not feasible on most U.S. farms, the concept is certainly appealing.

Recently, an article in Agriland caught my attention. It highlighted a study done by Teagasc, a research and education agency in Ireland. The study compared herds milked 14 times per week (twice per day) to those milked 13 times per week — skipping one milking per week.

It is important to note that these cows were in late lactation and low producing; still interestingly, they found no losses in milk or milk solids when cows were milked 13 times per week instead of 14. That one skipped milking, often Sunday evening, did not affect production.

As a comparison, they also looked at cows milked twice per day versus once per day in late lactation. In that situation, milk production fell by 29 percent, and milk solid production dropped 23 percent. Liveweight gain did improve in cows milked once daily, so this could be a helpful strategy for cows with less than desirable body condition.

Eliminating one milking per week would allow everyone a break from milking. It would also save on costs associated with getting cows milked.

Could it work this well in herds that calve year-round and have higher milk production without negative effects? Probably not. We do not want to compromise animal health or product quality in any way.

The idea, however, reminds us to think creatively when it comes to opportunities to give employees and ourselves a break. While adjusting the milking schedule won’t work on most farms, perhaps there are other chores that can be combined (mixing feed once a day instead of twice) or eliminated one day a week (giving calves extra bedding on Saturday so the chore can be skipped on Sunday) so everyone can have a little free time once in a while.

The author is an associate edi-tor and covers animal health, dairy housing and equipment, and nutrient management. She grew up on a dairy farm near Plymouth, Wis., and previously served as a University of Wisconsin agricultural extension agent. She received a master’s degree from North Carolina State University and a bachelor’s from University of Wisconsin-Madison.

In a sea of blue jackets

An app for every farm need
By Abby Bauer, Senior Associate Editor