I can’t change Joaquin Phoenix’s speech, so I wrote my own. 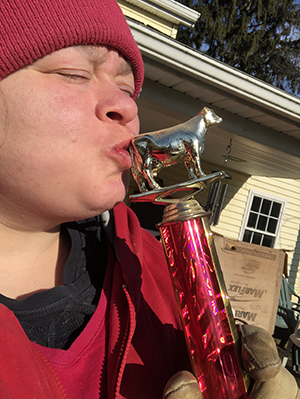 Last Sunday, Joaquin Phoenix used his fame to denounce dairy farming to millions of people. If I’m being completely honest, I’m a little impressed that he was able to slip the phrase “artificial insemination” into an Oscars speech. Once my immediate feelings of anger and disgust ebbed, I realized that if I were standing up there, I’d do exactly the same. But what would that acceptance speech look like?

Today, I give you my Oscars acceptance speech, full of all the things most important to me. Instead of matching hate with hate, I’d rather show the world how much I love this life and what it has meant to me. Bonus: In 2025, when I win my first Oscar, I’ll already have a speech prepared.

I have so many people to thank. I think I’ll be thanking all the people who got me here for the rest of my life. Thanks to the Academy for this honor. Obviously, I want to thank Steven Spielberg for taking a chance on me. Never having acted before, I owe you an ice cream cone! He knows what that means. A huge thanks goes out to Chris Hemsworth for playing my love interest; the chemistry was undeniable. And Meryl, how could I not up my acting game with a legend like Meryl Streep in my corner.

Look, I’m no Hollywood hotshot; I’m just a dairy farmer who recently discovered that she’s an amazing actress. Growing up on a dairy farm was the role of a lifetime. I knew the value of hard work and never took the fun times for granted. I learned how to appreciate the miracle of life and to respect the sacrifice of death. Although animals are not our equal, it was easy to see that it was our responsibility to treat them with the love and respect with which we treat each other.

Those animals taught me so much. They taught me how to listen even though they don’t speak and showed me how it feels to truly love what you do. There’s something so old-fashioned and yet futuristic in working the land with your own hands. It’s an honor working the same land that’s been passed down from generation to generation while preserving it for the generations to come.

Farmers all over the world literally work their fingers to the bone to give us the things we need to survive. The food we ate tonight? Farmers. The building we’re sitting in? Farmers. The clothes we're wearing and the alcohol we’ll be drinking later? *pause for laughter* Thank a farmer. A lot of people out there think farmers are part of the problem, when we are really part of the solution.

Look, before they play me off, I need to thank the people who really got me here. Farming is truly a team sport, and I couldn’t have hand-picked a better team than my family. There really is nothing like spending a long day working side-by-side with the people you love the most. So, from this farm kid to the world, thanks. Now, let’s party until the cows come home — because someone else is milking them tonight. 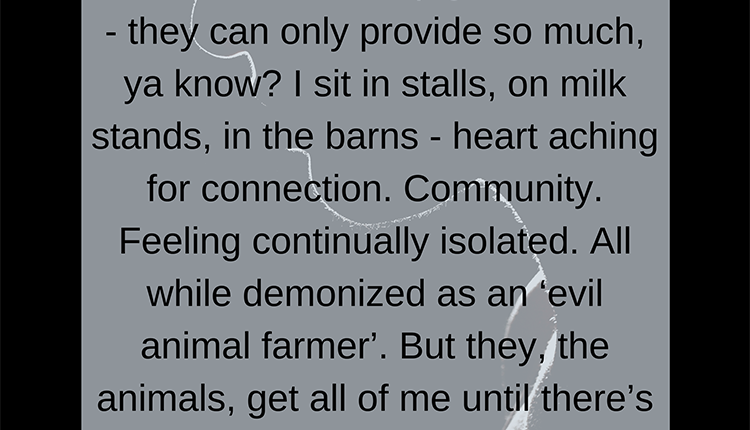 HD Notebook
What I’ve learned about mental health in agriculture 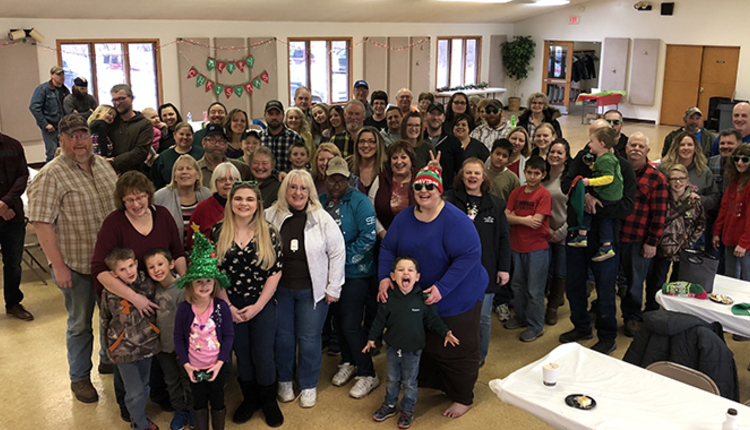