Negotiation is an art 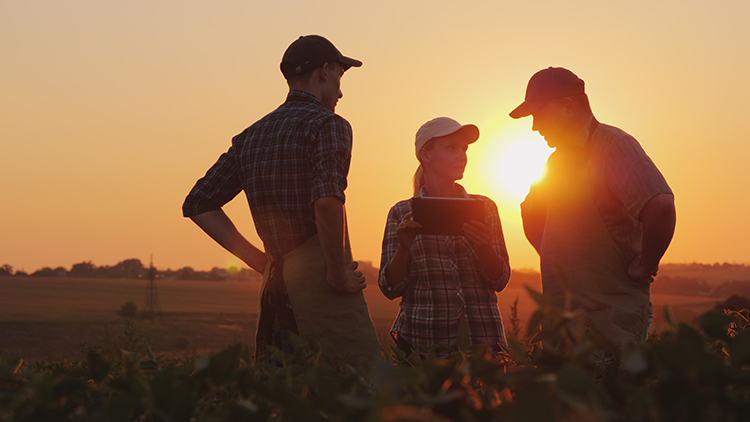 In business and in life, there are moments when we must stand up for ourselves. There are times we need to ask for what we want, or we need to make recommendations to improve our current situation. Even though these conversations may be necessary, that does not make them easy.

During a University of Wisconsin Division of Extension webinar on agricultural leases, county-based educators Stephanie Plaster and Kaitlyn Davis shared recommendations for successful negotiations. By definition, negotiation is a process of looking for a solution between two or more parties with differing views.

“Negotiation is a critical business skill that all farmers should learn,” Davis said, noting that negotiation skills can be used to secure land leases, determine employee salaries, set work schedules, and so much more.

“At the end of the negotiation conversation, you want to walk away with something you feel good about,” Davis said. “Becoming a successful negotiator takes time, practice, and confidence.”

Davis stated that negotiations come with a cost of both time and money, two of the scarcest resources in a business. For that reason, a person should first decide if an issue is worth negotiating. Times when negotiating is worthwhile is when you feel passionate about a topic, there is room for improvement, the situation is out of balance, or there is a lot to be gained and little to lose.

On the other hand, it may not be worth the investment to negotiate if the situation has little room to change, or if there is a lot to lose and little to be gained. Also consider if the negotiation or outcome could be detrimental to the business or the relationship.

“The outcome of any negotiation is unpredictable,” Davis said. “If you are not prepared to end up in a weaker position, think carefully about proceeding.”

Come to the conversation prepared

Before the negotiation begins, Davis advised knowing what you want out of the discussion. She said to understand your needs and the other party’s needs.

Start and end the conversation on a positive note. Davis said to build trust, identify compatibility, and display competency through your words and actions.

Plaster reiterated that negotiation is a learned skill, and she said it starts with focusing on your goal and being an active listener. “Understand your shared interests and build on those for mutual gain because that is where trust is built,” she explained.

A valuable tool is the ability to express your feelings without showing anxiety or anger. Plaster also said that silence is a really useful tool. “Be comfortable with silence,” she recommended. These breaks in the conversation allow both you and the other party to process the information.

Plaster also emphasized the need for respect during the conversation. “Separate the people from the problem. This can be very hard to do,” she said. “Address the issue you are negotiating, not the person.”

She continued, “Don’t let the negotiation ruin the relationship. Carry that respect all the way through the conversation.”

Plaster summarized that success starts by coming into the conversation prepared with a plan and an alternative option. She said to focus on common ground, maintain respect, and take a break if needed.

She said to negotiate with people who make the decisions, and don’t negotiate against yourself. If they don’t accept your offer, let them counteroffer. And if they say yes, Plaster said to stop talking to avoid contradicting yourself.

Finally, make sure to put the agreement into writing. And no matter if the negotiation is successful or not, Plaster said to end on a positive note, maintain the relationship, and focus on the future.

Have you ever been depressed?
HD Notebook

Are you culling for the right reasons?
HD Notebook
Related to:
HDN, dairy management
In HD Notebook

Have you ever been depressed?