Although unloading small square bales of hay is a hot, tiresome, and dreaded task by us all, it also brings back cherished memories from life as a farm kid and heartwarming thoughts of generations that came before me. 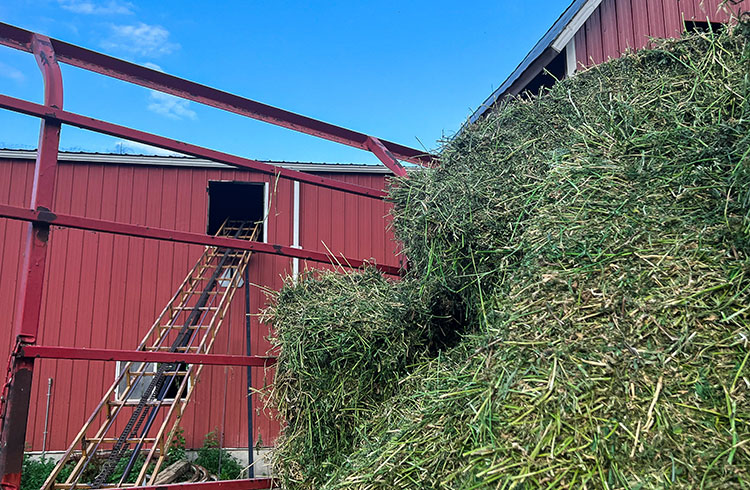 Unloading second-crop hay into the haymow using the elevator.
We’re fortunate to spend a lot of our fieldwork days in air-conditioned tractor cabs with the added luxury of the radio; however, there are still a few older cab-less tractors left on our family farm from my two grandpas. We only use these smaller tractors for a few simpler summer tasks  one of which is baling small square bales and moving around our hay racks to unload the hay.

As my brother and dad tinkered with the motor for our old hay elevator the other night so we could finish unloading our last hay rack of the day, memories of growing up unloading hay came rushing back. We were even using my late grandpa’s John Deere tractor to move the hay racks as an added bonus for my sentimental heart. 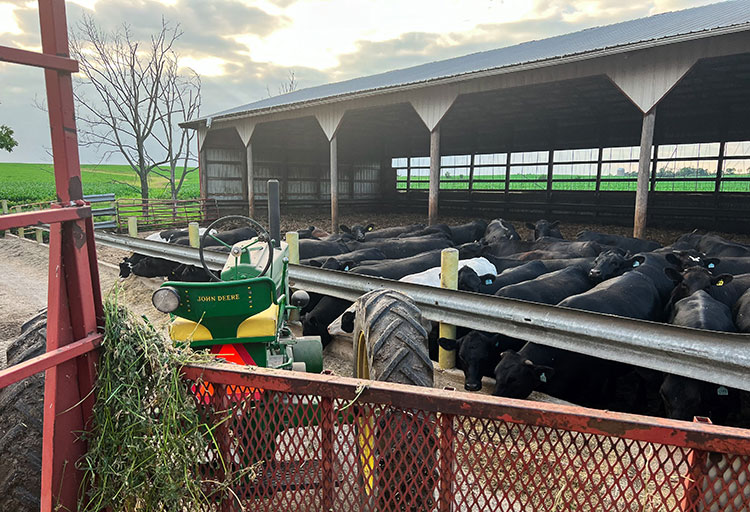 Despite using almost exclusively cabbed New Holland tractors on our family farm, we got my late grandpa’s John Deere tractor out to move hay racks around we while unloaded hay this year.

These days, we don’t make nearly as many square bales as we did when I was growing up. We used to fill the entire barn (and barn addition) haymow with endless loads of hay and straw bales throughout the hot summer months. My parents, three siblings, and myself all worked together to get the hay off the hay racks, onto the elevator, pulled off the elevator into the haymow, and then stacked as high as possible. Those were completely exhausting days that stand out vividly in my memory. It turns out that working so hard as an entire family brings you even closer together  not to mention the time spent together enjoying ice cream, popsicles, or ice-cold lemonade as a treat after the job was complete.

As if the feelings and memories from summers as a young kid weren’t nostalgic enough for me, this week, my mom brought out a few old farm pictures from her parents’ farming days. These pictures are a reflection of simpler times. Looking at them, I can almost smell the fresh-cut hay and feel the Midwest sun beating on my skin – it’s a feeling and sensation you memorize as an Iowa farm kid.

I’m certainly thankful we have the technology and new practices (like chopping and round baling) to avoid putting up loose hay all summer. At the same time, I’m even more thankful that the generations of hardworking farmers that came before me had the passion, perseverance, and grit to get the job done and pass on such a lovely tradition of land stewardship and animal husbandry. 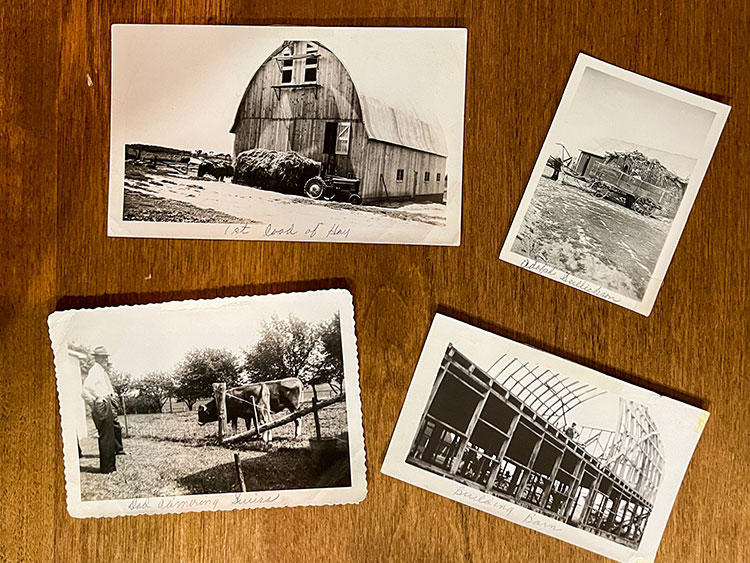 A few old farm pictures from my grandparents’ photo album. These include them unloading a wagon of loose hay, pulling a wagon with a team of horses, building their barn, and one of my great-grandpa checking on his Brown Swiss cows.

Make the most of your assets
By Molly Ihde (Schmitt), Iowa dairy farmer